Ranbir Kapoor is one of the most phenomenal actors of the modern-day generation and fans love him immensely for the seriousness and intensity that he brings to the table. Within a short span of just 13 years in the Hindi film fraternity, Ranbir has already proven his mettle and has shown to the world that he’s here to stay and for good.

He’s currently one of the biggest celebrities of tinsel town and fans go crazy whenever they see him. But without any iota of doubt, they are also upset about the fact that they cannot follow Ranbir on social media.

But readers, do you know whether he’s secretly in social media or not?

Well, as per reports in TOI, Ranbir had once revealed in an interview with Rajeev Masand that he’s secretly on social media on a photo-sharing platform.

Well, that’s not much of a hint right readers? Here’s hoping he doesn’t keep it a secret for too long. 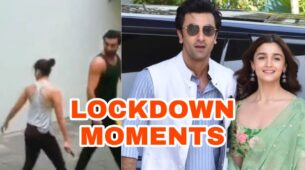