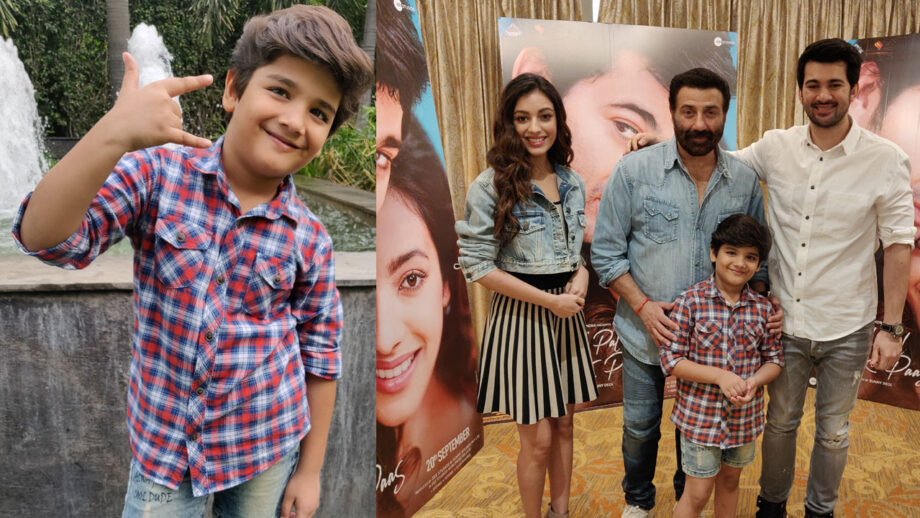 The movie also happens to be the debut film of child artiste Agastya Dhingra who is just aged 6 years. Son of Gaurav Dhingra and Runa Ahlawat, Agastya is a resident of Noida.

Agastya plays the role of Krish, the brother of the lead Sahher Bambba in the movie. The kid has been acting since he was two years old.

Having been part of several ad films, and having expertised in ramp walks and dance performances, acting for the big screen was a new experience altogether for Agastya.

Agastya has received the Best Dramatist of the Year Award when he was four years old.

Says Agastya on his favorable film debut with Pal Pal Dil Ke Paas, “I consider myself lucky to have got a chance to work with such great artists. I would like to thank Sunny Sir and the whole team for giving me this wonderful opportunity to work with them.”

Agastya learned a lot during the shoot of this movie and will only wants to take his learnings to the next phase in the opportunity that he gets on the big screen.

Agastya renders his special thanks to Aditi Fupta (Costume Team), Akshay Sharma (Mounaineering Instructor) and Kavish Sinha from Whitewall Studios who always supported him during the entire shoot of the movie.