Who is your favourite actress from south: Priya Prakash Varrier or Tamannah? 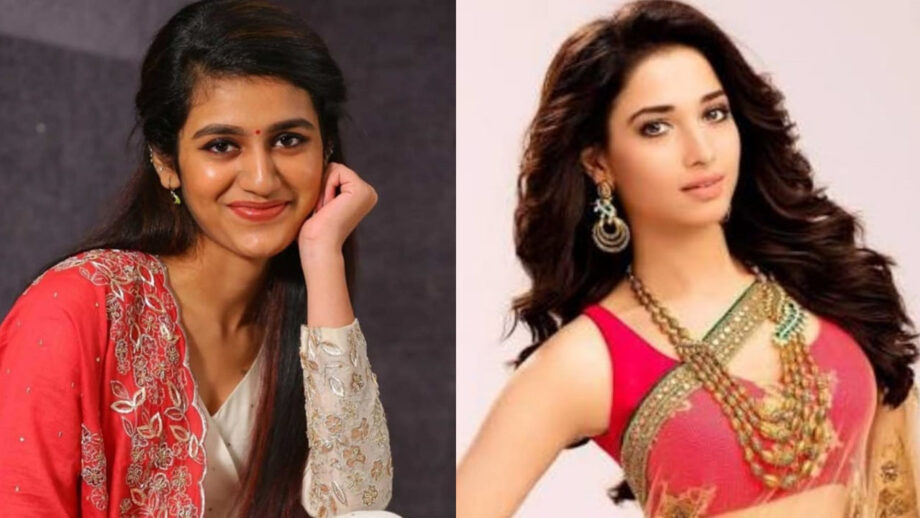 Priya Prakash Varrier is a Malayalam film actress, who became famous for her video from a song where she made an eye wink and won millions of hearts. She made her debut with Oru Adaar Love in 2018. She is loved by her fans for her expressions and acting. The wink video that went viral on social media is from a video from the song ‘Manikya Malaraya Poovi’, where she is seen flirting with a guy. Priya gained fame for her looks and smile along with her acting. The actress will soon be making her Bollywood debut with the movies Love Hackers and Sridevi Bungalow.

Tamanna Bhatia is an Indian actress who appears in Hindi, Telegu and Tamil films. She made her acting debut in the Bollywood film, Chand Sa Roshan Chehra. She is professionally known as Tamannaah.

Tamannaah made her Telugu film debut in Sri, and later she appeared in her first Tamil movie, Kedi. She has been a great actress and has gained millions of fans.

Who is your favourite actress from the south? Let us know in the comments section below.