Krishna Shroff: “I am extremely grateful to have a brother like Tiger. He’s so inspiring, not just in the way that he handles his professional life, but more for the person he is. Having the opportunity to have worked with him on an entire film this past year has made me strive to better myself overall too. Over the past year, we’ve become closer than ever. I don’t think there’s a single person on this planet who I love more.”

Shabana Azmi: “Raksha Bandhan is a festival I cherish and value and both my younger brother Baba and I are sentimental about. I go to his house with a red dhaga. The thaali is prepared by Tanve. I can never remember how many times the aarti is to be done and whether from left to right so she has to help me! Its a sweet simple ritual and we try to keep it light by cracking a joke etc but its significance is never lost on Baba or me. Feminists these days argue why the male is asked to protect the female but for me it’s not a gender thing but the purity of the emotion. I pledge myself to my brother’s security as equally as he does to mine. In college I would make ABC my rakhi brother as was the won’t those days but Baba quietly said one-day” meri ek hi behen hai aur sirf wohi mujhe rakhi bandhegi” I was deeply touched and have never tied a rakhi to another since.
If ever I’m not in town the only person who ties it on him is my niece Mayghna. He is not demonstrative but I am. I hug and kiss him whilst Tanve rolls her eyes up in disbelief.! But the fact is she and Javed respect the deep bond Baba and I share.
We are a very close-knit family. Baba is not just my brother and friend but also the son I never had.

Lata Mangeshkar: “More than a brother, Hridaynath is the son that I never had. When I sing for my brother, I feel a mixture of elation and fear. He’s such a perfectionist. To work with him is taxing but ultimately very satisfying. When I sing for other composers I’m always unsure about whether I’ve done my best. Hridayanath doesn’t hesitate in ticking me off if I go wrong. Even if I go wrong with one word he doesn’t let me off the hook. He makes me sing it a hundred times over no matter how tired I get. At the most he’ll let me off until the next day. But he must have the flawless recording. I agree with him when he says, ‘Right now only the recordist and I can hear you. But tomorrow the entire world will hear you. How would you feel if listeners pinpoint the errors in your singing?’ He’s a very knowledgeable human being and not just in the field of music. Hridayanath is very particular about the way I sing. And I like that. He is as particular with any singer, whether it’s my sister Asha or Usha. Happily Hridayanath has the knowledge to achieve a high quality in the recording. He not only has a sound base in classical music but also listens to the old songs of my father (Pandit Dinanath Mangeshkar) and uses them as a foundation for some of his compositions. I’m always on tenterhooks singing for him. He’s a very learned musician. His knowledge of Marathi literature and poetry is so vast. He’s familiar with both modern and non-contemporary poets. By God’s grace all my albums with my brother have been perennially popular. My first non-film album with Hridayanath was Mogra Phulela 35 years ago. And that’s still selling.”

Parineeti Chopra: “My brothers Sahaj and Shivang are my buddies ever since they grew up. I am the eldest. So I am going to be pampering and spoiling them this Raksha Bandhan.”

Manisha Koirala: “I have the most precious gift in the world. My brother Siddhartha. I always wish him happiness and success, and not just for Raksha Bandhan but every single day. I consider myself the luckiest sister in the world. More power to my adorable bhaiya.”

Celina Jaitley: “My brother Vikrant is a major in the Indian army. The only Raksha Bandhan wish I have for him is to be safe. And to have a lil baby of his own soon as he’s newly married.”

Bela Sehgal: “I am very lucky to have a wonderful brother like Sanjay (Leela Bhansali). He is thoughtful caring and loving, understanding and always concerned about my well-being. For Raksha Bandhan I pray for his good health and the super-duper success of Ram Leela. The only gift that I want from him is that he should always continue to love me.”

Divya Dutta: “My brother Dr Rahul Dutta is more a friend than an elder brother. And he knows exactly what I want. The other day I liked a piece of jewellery while window-shopping. Before I knew it, it became my Rakhi gift. He is traveling but will be back in time for me tie the rakhi.”

Minissha Lamba: “My brother is the closest person I have in Mumbai. And just to have him around is gift enough on raksha bandhan.”

Pooja Bedi: “I deeply miss my brother Siddharth who died 17 years ago. And I’m grateful for my brother Adam who is 12 years younger to me. Being so much older I don’t look at him in the traditional role of the protective brother. On the contrary, I feel I need to protect him and take care of him. All I expect from him is some time to spend together and oodles of love.” 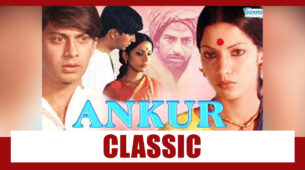