She climbed the ladder of success so fast that we haven’t even been able to keep count of her numerous hits! Actress Alia Bhatt has managed to vow audience with every performance. This 26 year old actress has emerged to be one of the leading and highest paid ladies of Bollywood. Alia Bhatt made headlines from the moment she made her debut in Bollywood, with Student Of The Year and she has only evolved and gotten much better ever since.

She is a young sensation who rules the hearts of millions of her fans and is regarded as a talented actress who is beautiful, smart and very well coerced for her age. Here’s a list of 5 films that serves a testimony to this rising star:

Based on Chetan Bhagat’s book of the same name, nobody could have played the character of smart, intelligent and charmingly bubbly Ananya Swaminathan better than her.

It wasn’t easy acting opposite the veteran actor SRK but Alia has done a fantastic job here as well. Playing the role of Kaira, who ends up seeing a therapist (SRK) to cope with her life problems; we all could relate to her on our own different levels and found this film very light on the mind but strong in terms of message. 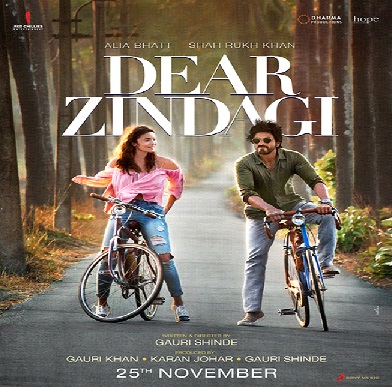 This film is an adaption of the novel ‘Calling Sehmat’, a true story about Sehmat Khan who acts as an undercover RAW agent. This can be considered as her best performance, without doubt. Alia plays the role of an aspiring surgeon and Murad’s long time love interest, Safeena, and this character won hearts with her wit, daunting courage and fierce loyalty for Murad.