Check out these revealing dresses by Megan Fox.

Megan Fox is an American actress, who broke the stereotype of a woman belonging to the weaker sex portrayed in mainstream films, with her bad, strong, and independent attitude. She played the role of a spunky girlfriend in the movie Transformers (2007). She has also featured in men’s magazines. Megan Fox divorced Beverly Hills actor Brian Austin Green in 2020, to whom she was married for 10 years, Currently, Fox is in a relationship with Machine Gun Kelly. Initially, Fox was seen in roles on television sitcoms, such as ‘Hope and Faith’ and ‘New Girl’. She stepped into the larger screen with a role in the movie Transformers. After this movie, Fox’s look was compared to Angelina Jolie’s character of Lara Croft because of her badass attitude and tattoos in the movie. Megan Fox has appeared in many movies such as Jennifer’s Body, Jonah Hex and her mettled performance gained her fame, to be considered as one of the best actors in Hollywood.

Megan Fox has never failed to awe her fans with her beauty and many of them love her because of her unique style. In the first look, Fox is donning a beautiful burgundy gown which has a lot of character to it. The gown has a one-shoulder strap detail with a cut out at her waist which defines her waist. On the same side, there is a thigh-high slit which looks risky, but Megan carried the dress very well and with all the risk. She paired the dress with a nude pump and delicate earrings. 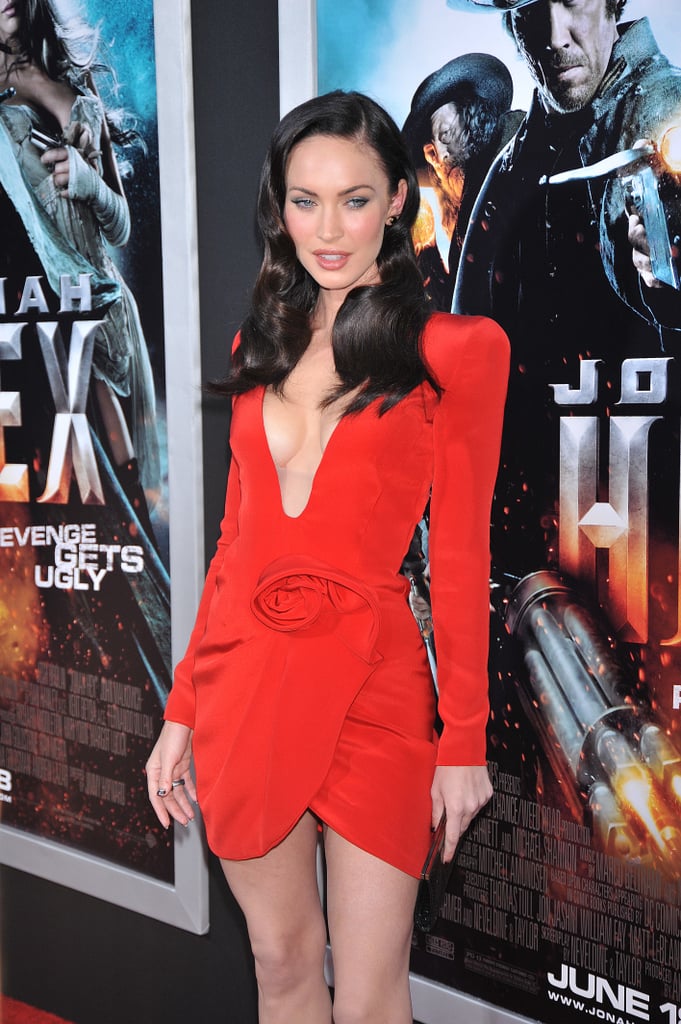 Megan Fox looks ravishing in this red mini dress. It is a bodycon dress with a tulip style cut at the bottom. The dress has full sleeves and a plunging neckline which looks stunning on her.

What A Babe: RadhaKrishn beauty Mallika Singh slays the oomph game in a hot 'two-piece' outfit, fans feel the heat