Sushant Singh Rajput is an Indian film and TV actor. In his life, he had seen many ups and downs before coming to Bollywood industry. Sushant Singh Rajput was born on 21 January 1986 in Patna. He was youngest chield. His father was a goverment officer.

Sushant Singh Rajput did schooling from St. Karen’s School. In 2003 he got the seventh rank in all India engineering exam and also had cleared 11 national engineering exams, including the Indian School of Mines at Dhanbad, and took admission in Delhi College of Engineering in the mechanical engineering branch. At the time he joined Shiamak Davar’s dance classes. He joined Barry john’s drama classes, Rajput also joined the acting classes. Here, he found his passion for acting: “I found the experience liberating. I realized that I could communicate with the audience. After a few month’s Rajput was selected to be a member of Davar’s standard dance troupe. In 2005, he was chosen to be one of the group of background dancers at the 51st flimfare award. He was happy and successful in the dance and drama classes and decided to do what he was good at. He dropped out of engineering and devoted himself full-time to dancing and acting.

“I have seen extreme lows, because of factors that were not in my hands — be it not having money to buy my first bike, dropping out of a prestigious engineering college without having a single rupee in my bank account, living with seven boys in a single-room kitchen in Mumbai, or eating nothing but khichdi every day. But I cherish all those moments”. 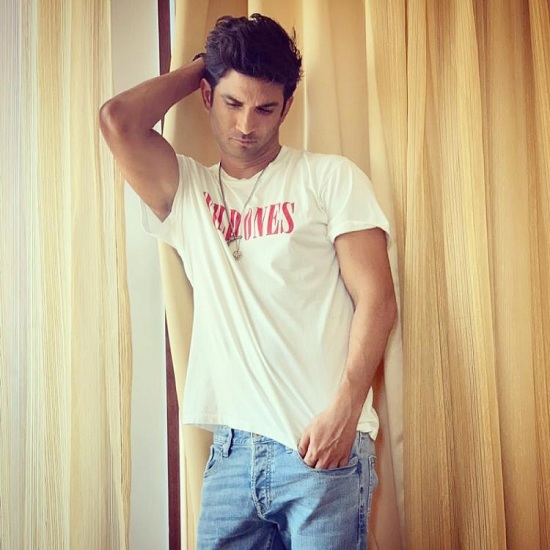 Then sushant made big shift in TV to films – after starring in the popular serial, of Balaji Telefilms Pavitra Rishta (2009-2011), as a lead role. Manav Deshmukh. Even though his popularity was soaring because of his television performances- in serials as well as dance reality shows like Jhalak Dikhlaa Jaa 4.

After two years, Sushant Singh Rajput was an immediate hit with the audience with his first two films — Kai Po Che! (2013) and Shuddh Desi Romance (2013). Then he bagged the role which is relative of a minor character in Rajkumar Hirani’s hit movie PK where he got the opportunity to act with Aamir Khan and Anushka Sharma. Then the actor had been graduated to bring alive India’s most celebrated new-age cricketer MS Dhoni on the silver screen. He essayed the role of Dhoni in Neeraj Pandey’s biopic M.S. Dhoni: The Untold Story and the movie was a huge commercial success and he won numerous accolades for his acting abilities.