IWMBuzz shares with you ho Disha Patani went ahead to sign Malang. Read the story for more details Disha Patani is an actress whose desirability and hotness are limitless. The actress played an enchantingly thunderous part in her recent release Malang where she had a hot flaming avatar in the film. She continued to raise the level of hotness since again when we saw her paired opposite her ‘favorite’ Tiger Shroff in the song ‘Do You Love Me?’ from Baaghi 3. She has had quite a phenomenal journey from being a girl next door in MS Dhoni: The Untold Story to raising the oomph quotient every time with her presence, she has achieved success in all of them. Disha recently opened up to the media on what went behind signing Malang and saying yes to Mohit Suri and we quote,

“I am enjoying the diverse roles coming my way. The success of Malang is gratifying because I gave the nod in 10 minutes into the narration. It’s not every day that you get a strong character like Sara, someone who exacts revenge.”

It is to be noted that Disha’s fans and the audience desperately wait to see what she has got in store for them. She is hailed as the nation’s ‘hotness sensation’. The actress has made an enormous mark in the industry and everyone gravitates towards the actress’s next roles in her next films.

Disha will next be seen in Ekta Kapoor’s KTina followed by Salman Khan’s Radhe and Mohit Suri’s Ek Villain 2. For more updates, stay tuned to IWMBuzz.com. 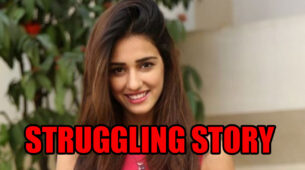