Know more about Sanjay Dutt's education and net worth Bollywood as an industry has seen many superstars and superheroes but if there’s one superstar out there who has not just shown his heroics as a protagonist but also equally efficiently as an antagonist and still managed to remain a superstar in the hearts of public, it’s one and only Sanjay Dutt.

While on one hand he has essayed roles in fun loving movies like Munna Bhai MBBS & Dhamaal, he has also shown his versatility as an antagonist in movies like Agneepath & Vaastav. Sanju Baba is a superstar and we all know it. But readers ever wondered what could be his educational background and net worth? We tell you today.

Sanjay Dutt studied in The Lawrence Institution of Sanawar before eventually making his debut in movies with Rocky. As far as net worth is concerned, Sanju Baba has an astounding net worth of $30M as per celebritynetworth.com 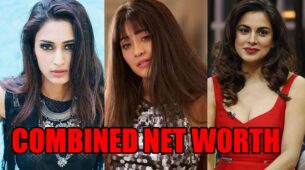