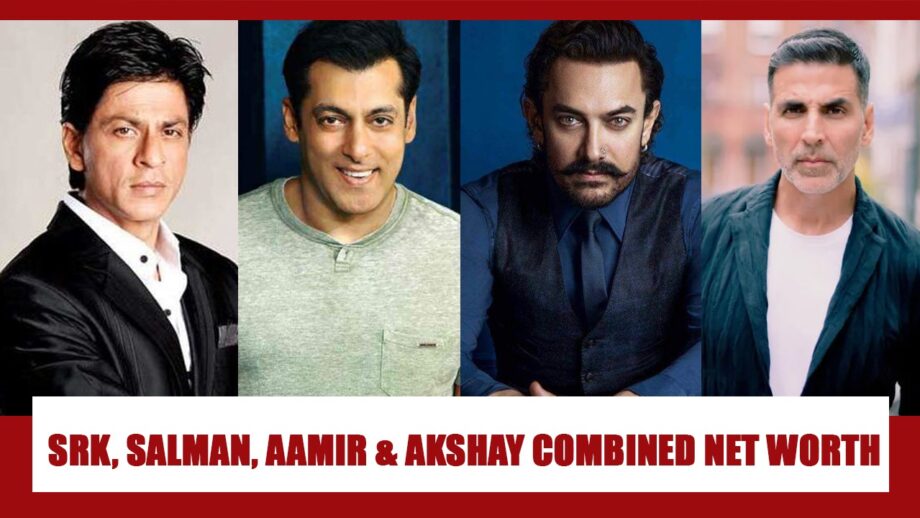 When we talk about the Hindi entertainment industry today, some of the biggest male superstars that we have today in the industry are Shah Rukh Khan, Salman Khan, Aamir Khan and Akshay Kumar. The best thing about these four is that they have managed to remain right at the top for more than 25 years and even today, they command a huge fan following among the audience. All four of them have a luxurious lifestyle and no wonder given the kind of riches they have earned for themselves, their net worth must be humongous. So to get to know more about it, let’s take a look at all the details below –

Shah Rukh Khan – Shah Rukh Khan is currently the second richest actor in the world at the moment as per BBC and King Khan who lives in his palatial ‘abode of heaven’ aka Mannat in Bandra, Mumbai has a staggering net worth of $600M as per celebritynetworth.com

Aamir Khan – Aamir Khan aka Mr Perfectionist likes to keep it simple and easy-going in his movies but he lives in a luxurious apartment called Freeda Apartments which is located at Pali Hill, Bandra West, Mumbai. Aamir has a net worth of $190M as per celebritynetworth.com

Salman Khan – Bollywood’s beloved Bhaijaan lives in his luxurious Galaxy Apartments at Bandra Mumbai and reports in celebritynetworth.com suggest he has a staggering net worth of $310M

Akshay Kumar – Khiladi Kumar aka Akshay Kumar lives in a lavish sea-facing apartment in Juhu and as per reports in celebritynetworth.com, he has a net worth of $240M.

Well, literally quite amazing ain’t it? For more updates, stay tuned to IWMBuzz.com