Shahid and Mira are the latest couple to grab our eyes with their wholesome family and theirs is a love story which is all kinds of filmy! 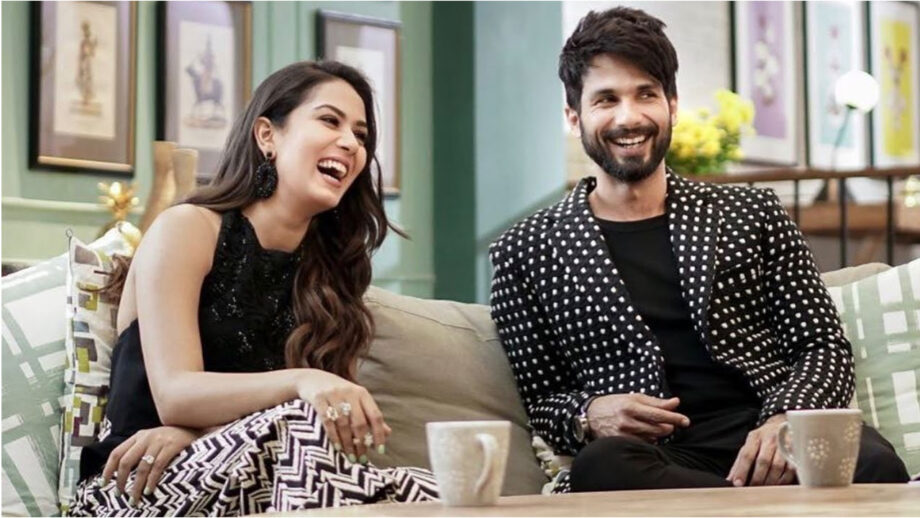 He was the most eligible bachelor in Bollywood and we are sure that the news of his marriage broke hearts of a million females! After having dated celebrities from the industry, Shahid Kapoor surprised Bollywood by announcing marriage with someone completely outside the fraternity. Fast forward to today, where Mira Rajput and Shahid Kapoor seem like two souls who united on their wedding day and are blessed with two beautiful babies. Shahid Kapoor revealed that he first met Mira when he was about to begin his shooting for the movie Udta Punjab and he recollected their first meet, “I remember I went to her house for the first time and I was in the Tommy zone. So, I had a ponytail, drop-crotch track pants and weird shoes on. I recall getting out of the car in this avatar at Mira’s farmhouse in Delhi. Her dad came out to welcome his son-in-law to be. He saw how I was dressed and he surely thought – ‘God what is my daughter getting married to.’ He barely looked at me, then whispered ‘Come inside’ and went away.”

The actor also revealed that the two never dated but only met three or four times before they decided to get married. And while the two seem to be completely in awe of each other even three years after their wedding, Shahid’s first reaction back then apparently was that she was indeed too young, but we think this is one of those true examples of love knows no age. Interestingly, the only condition Mira had laid for Shahid was that he will not have coloured hair, not on the wedding day at least. Isn’t that perfectly cute behaviour from his to-be-wife?