Urvashi Rautela is a fabulous actress and model who appears in Bollywood films. She has won several beauty pageants and looks damn hot. The actress is known for her amazing roles in her films and has given several hit films. She made her debut with Singh Sahab The Great in 2013. She is very much popular in the industry and has stunned everyone with her fabulous performance.

The actress is seen giving hot poses and looks mindblowing. She is a glamorous actress who has a huge number of fans and her fans just go frenzy over her for her stunning looks. The actress has shown her love for ethnic attire and is seen wearing it most of the time. She is seen flaunting her amazingly designed outfits and looks fabulous. The actress is seen wearing ethnic outfits for any functions or events and she nails the look perfectly.

Urvashi Rautela has a great collection of kurtas and she looks stunning. She is seen wearing kurtas for her photoshoots and looks gorgeous. The actress was also snapped wearing a kurta for her airport-style look and was looking alluring and comfortable in that outfit. She is seen wearing Anarkali and straight designed kurta and looks fabulous. She also wore heavy jewelry on it and looked pretty. The actress has beautifully designed kurtas and she just looks mind-blowing.

Check out some kurta looks of Urvashi Rautela and stay in space with IWMBuzz.com. 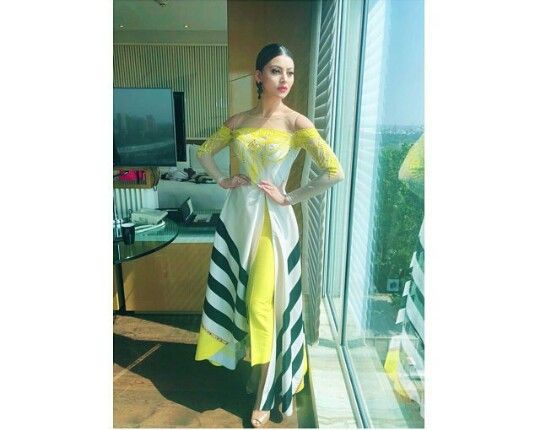