Nora Fatehi is a popular dancer in Bollywood. She is an actress, model and singer who just slays Bollywood with her beautiful looks and fabulous dance moves. The actress has also participated in the reality television shows. She got fame when she appeared in the film Satyamev Jayate, and she was seen in the song Dilbar, which got popular all over the world, and Nora became famous. She appears in Hindi, Malayalam, and Telugu films. She has stunned everyone with her item numbers in hit films, and her fans go crazy for her item numbers.

Nora looks damn hot and sexy, and millions of people love the actress as she has a crazy and a huge fan following. She is a Canadian actress. Nora Fatehi is single and ready to mingle. According to the media reports, the actress is not dating anyone and is single in her life. The actress has gained a lot of popularity and reputation in her career. Her item numbers are just fab, and we fall in love with her as she just leaves us stunned with her dance moves.

Several fans are eagerly waiting to know the relationship status of Nora Fatehi, but till now, the actress is single and drooling the industry with her sassy looks.

Also Read: Have you this video of Nora Fatehi dancing in a hot red body-hugging dress? 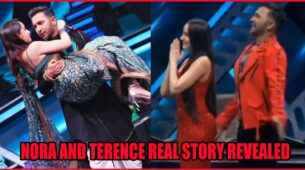