Social Media is the most toxic place one can ever find: John Abraham | IWMBuzz
Subscribe Now
Movies | Celebrities

John, this is probably the most exciting Independence Day for the audience John Abraham is known for his quirky film selections. The super well-built macho actor is known for his amazing physique and hunk like looks. But in the last few years, the choices he has made regarding his films has proved to be beneficial for him. Last year was a prolific year for Abraham and with ‘Satyamev Jayate’ and ‘Parmanu: The Story of Pokhran’. And now this Independence day, he is coming all guns blazing with ‘Batla House’ which has all the makings of a blockbuster. In a candid conversation with IWMBuzz, John gets candid about his movie, competing and clashing with ‘Mission Mangal’ and a lot more….

John, this is probably the most exciting Independence Day for the audience in a big way with respect to two heavy-weight films in terms of patriotism. How are you ensuring from your end that both the films get their dues in the true sense of the term?

Well, I think that there’s enough business and scope for both the films to do well. Having said that, I would definitely want people to also see ‘Mission Mangal’ just like Akshay too has said from his end that the audience should see ‘Batla House’.

John, is it more difficult in essaying a real life character on screen compared to a fictional one?

I think the pressure is a little more when you are essaying a real life character. For eg, when I had played Manya Surve, it was different because he is a character who has passed away. But here the character is still operating all healthy and nicely in the Delhi force. So I am hopeful that he sees the film and he tells me that ‘Listen, you have played me correctly.’

Tell us a bit about your discussions with Sanjeev Kumar Yadav?

Well, I asked many things. I asked him if he could tell me how he felt after the encounter. I was surprised to know he had PTSD (Post Traumatic Stress Disorder) and he wanted to commit suicide. It’s there in the trailer as well that the day he went for the Batla House encounter, his wife was supposed to leave him. So in your personal life, when you are going through so much stress and then later after the encounter, if he feels like committing suicide, the sketch of the character becomes so exciting.

Tell us a bit about Mrunal Thakur and your experience on working with him?

She is an unbelievable actress. The way she has essayed the character of Nandita is amazing and outstanding.

Lastly, What’s your take on social media trolls and violence?

Social media is the most toxic place one can ever find. There’s so much of negativity that goes on without even any verification. 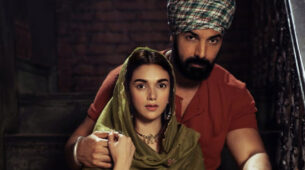