It is a dream come true for all the DC comic fans as they watched Harley Quinn and Wonder Woman sharing some laughs at The 90th Annual Academy Awards.

Gal Gadot and Margot Robbie burned the internet with their friendship that the world witnessed at the events. The two appeared laughing and sharing a typical BBF moment on the red carpet. The Academy Awards of 2018 was one of the lit nights as many actors and artists received appreciation for their performance in various movies. Jimmy Kimmel was the host of this event. He is recognized for his show Jimmy Kimmel Live! During the event, Jimmy Kimmel invited many artists to visit a nearby theatre and surprise the audience who were already watching a Disney movie. The stars made the day of those people as well as met their co-stars and introduced them to many new ones. For instance, it was an honorable moment when Star Wars actor Mark Hamilton met Gal Gadot, but what caught the attention of the people was Gal Gadot and Margot Robbie’s encounter. 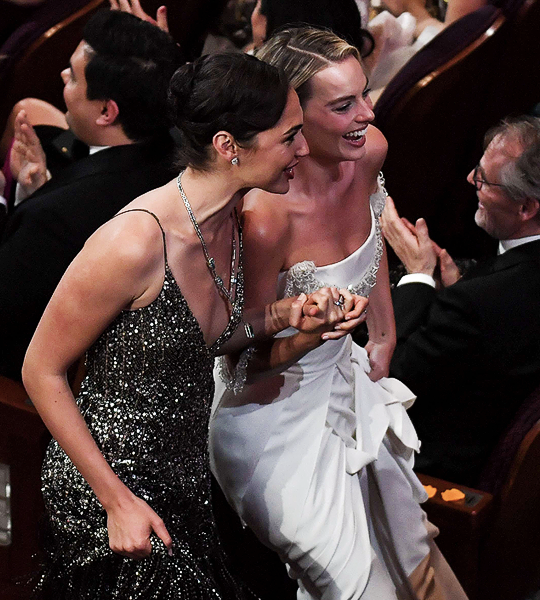 Margot Robbie, who was previously seen in the character of Harley Quinn and Gal Gadot plays the role of Wonder Woman in DC Universe movies had the internet blown up with their appearance together at the event. The two well-known actresses were seen holding hands, running, and laughing together. As the pictures of Gal Gadot’s and Margot Robbie’s friendship were leaked on the internet, fans went crazy over their blooming relationship. After this incident, most of the fans requested DC Universe to make a movie, in which both of these actresses are seen sharing a screen. Their smiles and laugh show the audience the chemistry that the two actors share, which people can’t wait to watch on the big screen.

Also Read: Nora Fatehi In Blazing Black Blazer Paired With A Tube Top And Blue Denims Is Too Steaming Hot For An Airport Look; Yay Or Nay?

Times When Seventeen Made Us Spellbound With Their Award Function Outfits

WFH Gets Your Eyes Strained: Tips On How To Take Care Of Your Eyes