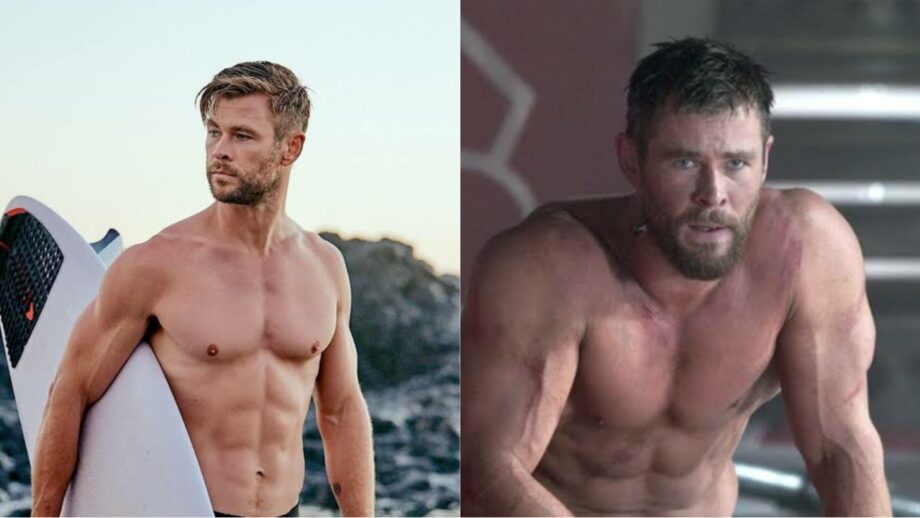 Christopher Hemsworth is an Australian actor born on 11th August 1983 in Australia.

Chris is known for his role as Thor in the Marvel movie series thor and avengers.

Hemsworth starred in an Australian television series named Home and Away before he began his career in Hollywood.

Chris Hemsworth is a physical specimen. Hemsworth always had a perfect enviable physique right from his debut film Star Trek, Hemsworth has always been toned had sleek. The actor had a bulked-up look for Thor movie but later managed to get back to his toned body.

Flexing off his spectacular body in the movie series Thor to show off his ribbed ab looks on the beach Chris is definitely the reason for the rising temperature this summer.

Hemsworth’s recent toned abs looks are making the netizens feel the heat. We are going all down for the star’s amazing physique. The Avenger’s star always serves his fans with his amazing body goals pictures. Hemsworth recently posted a video on his Instagram handle where he is seen working out with his friend and showing off his super-hot body. The video successfully managed to increase the temperature and made us all go down for him. Fans are going crazy over Chris Hemsworth’s toned abs looks.

Let’s have a look at some of the photos and videos shared by Chris Hemsworth on his social media and few pictures that are going all over the internet.