Take a look at the 3 best outfits of Alia Bhatt

Alia Bhatt is the cutest and fabulous actress in Bollywood. She is a mind-blowing singer too and has mesmerized everyone with her melodious voice. The actress has become the highest-paid actress in India. She has won several accolades for her work in the industry and has become the topmost famous actress in the film industry. The actress is very talented and she amazes us with her fabulous acting skills and cute looks. She also has a tremendous number of followers who just go crazy over her for her beautiful and stunning looks. She is a fun-loving actress and is ruling the industry by giving several hit films. The actress has also sung six songs from her films and all the songs are hit songs.

The fashion cues of the actress are also mind-blowing and she always looks stunning in all her outfits. Be it traditional or Western, she just looks alluring in all her outfits. The actress gives us major fashion goals and also helps us to style our outfits perfectly. She also flaunts her toned figure in every outfit and looks amazing. The actress was seen wearing a multi-colored pantsuit and was looking classy in that outfit.

She also wore a Maroon Sharara set and was looking glamorous in that outfit. The actress was looking adorable in her blue short dress and made the outfit look perfect by giving a beautiful look. She just looks Princess in all her gowns and dresses. The actress is also seen wearing Anarkali, sarees, lehenga, pantsuit, etc., and just looks mind-blowing.

Check out some Best looks of Alia Bhatt and stay in space with IWMBuzz.com.

Also Read: When Alia Bhatt And Janhvi Kapoor Dressed Alike: Who Do You Think Rocked The Look? 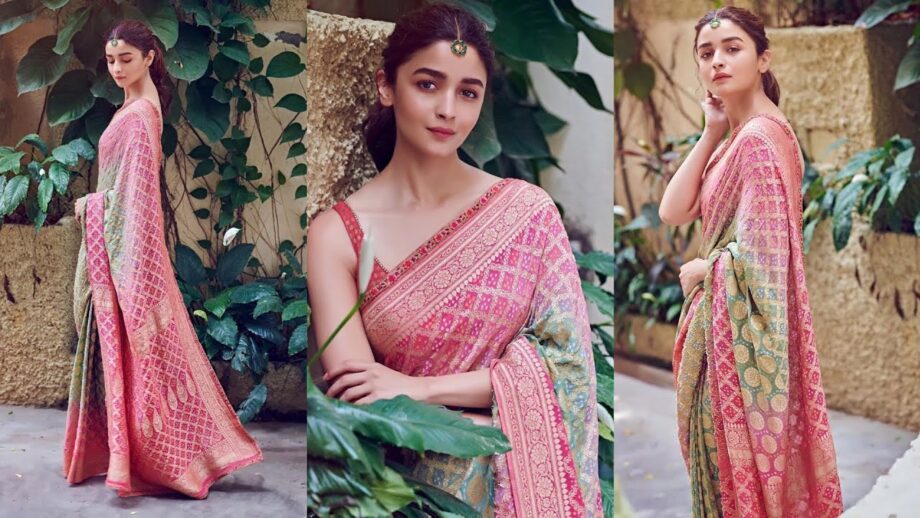