If you are someone who has followed Indian movies closely with a lot of excitement in the last two years, you wouldn’t at all be surprised when we say that Vijay Deverakonda is currently one of the biggest heartthrob of the country at the moment. Vijay was always popular down South as one of the most good-looking and talented faces but what exactly happened due to which he suddenly became an overnight sensation all over the country and that too without having done a single Hindi movie?

Not really sure whether the comparisons did any good to Shahid Kapoor or not but it certainly made Vijay so popular all over the country that within two months, he earned his first-ever Bollywood movie which is expected to release next year in 2021.

Amazing ain’t it? Here’s wishing Vijay all the best for his Bollywood career ahead as well. Vijay Deverakonda Or Jr. NTR: Who Has The Hottest Looks In South Industry? 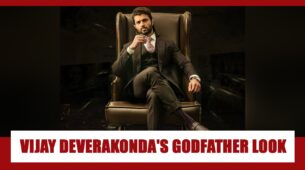 Vijay Deverakonda In Arjun Reddy Or Shahid Kapoor In Kabir Singh: Who Has The Hottest Looks In The Movie?