Remember the sweet boy who started as a background dancer for a song in the hit movie Taal, and then started in music videos like Aankhon Mein Tera Hi Chehra, which won hearts all over the nation? Yes, Shahid Kapoor is the star we are talking about and he is literally the original chocolate boy of B-Town, who could impress women with just one smile for starters!

Shahid Kapoor is an Indian Bollywood actor who is known for his amazing performances and outstanding character portrayal in each of them. Shahid Kapoor’s initial journey started with Ishq Vishk (2003) and was followed by films like Jab we met (2007), Haider (2014), Udta Punjab (2016). He has grown leaps and bounds in terms of his acting prowess and even if we consider his fashion game, Shahid has definitely upped the ante for men’s fashion statement and continues to soar. 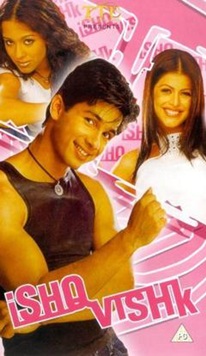 The evolution of Shahid Kapoor as an actor is really prominent and it’s the perfect example of how one should gain knowledge and maturity to be able to evolve over time. The versatility in his acting and choosing of films tells us about his upgrading and updating as an actor and how his determination paid off soon enough!
From the soft-core role of chocolate boy in Ishq Viskh to the intensive roles in Haider, Udta Punjab and Padmavaat, he did it with such ease and intensity that we were compelled to feel it is all too real. With the fluctuation in his career after Jab We Met, he came back evolved with even better skills and portrayal of emotions. His ability to adapt into the character is what making him extraordinary. Shahid Kapoor truly stands out among his contemporaries and we know now exactly how this handsome hunk manages to achieve it!