Shraddha Kapoor says that she wants to connect more with the audience. Read the story for more details When it comes to versatility, Shraddha Kapoor is second to none. The actress nails every character that she takes up. Be it action-oriented or dance-oriented or a simple college girl, is there anything that she can’t do?
But it’s definitely not easy to play such variations in a single calendar year right? Well, Shraddha opens up on it herself as to how she does it and what is her thought process. We quote –

Over time, Shraddha has essayed a variety of roles and a testimony to it is her recent characters where she played the role of a police officer in Saaho and immediately after that she played a double role in the college drama Chhichhore, both of which were raging box office successes.
Shraddha started the year with a bang as Inayat in Street Dancer 3D and will next be seen on the silver screen in Baaghi 3 in yet another new avatar. 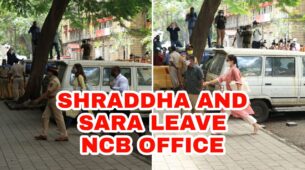