Jacqueline Fernandez shares her idea of being happy. Read the story for more details 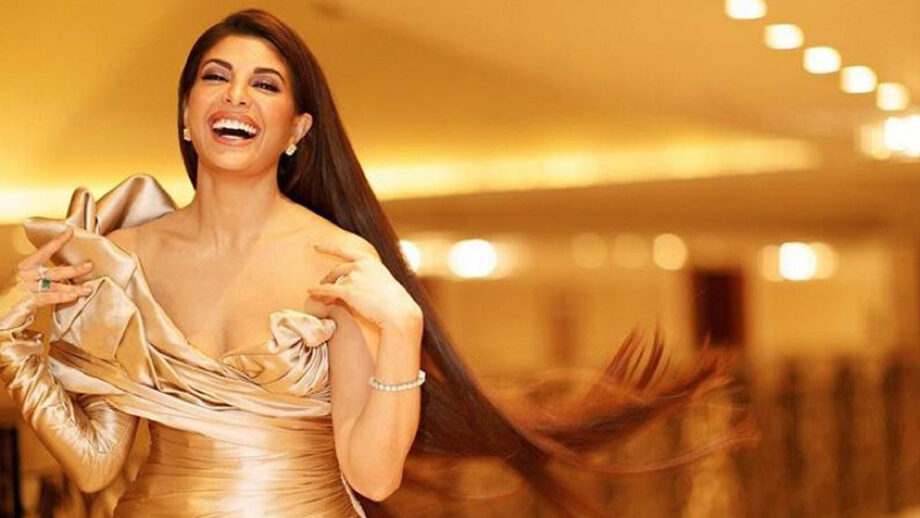 Recently, Jacqueline Fernandez appeared on the cover of a leading magazine and the expression truly defines her as they say it, Bollywood’s miss sunshine. With a promising body of work and constantly pushing one’s own boundaries is what Jacqueline makes us do with her positive outlook towards life. Telling us more, she shares more- read on!

“We are so obsessed with this idea of being happy, but I think what is more important is peace of mind. Each person has his or her own struggles. Whether you are Shah Rukh Khan or a ‘Dhobi’, you cannot be eternally happy!”, as Jacqueline elaborates more on the pursuit of happiness and achieving a state of calm.

Talking about how she makes it all possible for herself and the challenges, she adds, “I think my biggest challenge has been maintaining a state of calm in an industry that constantly pokes and prods you, and to keep it real at the same time. There are many celebs who use a mask when interacting with the media, but I don’t want to put on a fake smile. So I psyche myself up enough to be in a good mood when I am in front of the media or interacting with my fans”. With this expression, the actress is pointing out the perils of the petridished life of the celebs that is under the constant scrutiny of media microscopes.

Rightly, maintaining a state of calm for the inner self is what Jacqueline now holds mastery over and that stands as the best example to the world as she continues to give us best performances. The actress is extremely popular and holds an influence across the world like no other.

On the work front, the actress is now venturing into the digital space with her most anticipated upcoming OTT, `Mrs. Serial Killer` which will mark her debut on the digital platform. The fans are already excited to watch her on-screen.

Get set for 'Genda Phool' with Badshah and Jacqueline Fernandez

From Murder 2 to Roy, Here's Looking at the Best Performances of Jacqueline Fernandez