It is yet a challenge for smaller films to find their feet: Meghna Malik  | IWMBuzz
Subscribe Now
Movies | Celebrities Veteran talented actor Meghna Malik has not been able to completely shed her Haryanvi image yet (Na Aana Is Des Laado). She will next essay a cop with a slight Haryanvi-Rajasthani touch in upcoming thriller film, ‘Moksh to Maya’, starring Bidita Bag.

“The story is based on the cat and mouse game between Bidita’s criminal character and my upright police officer avatar.”

“Besides the thrills, we also have an important social message that will make one and all ponder.”

“Since this is the first time I am playing a cop of a particular area, I made it a point to meet the local thana guys and try to get what makes them tick. I think I got the gist right for after I slapped one co-actor on screen, the cops who were also seeing the shooting were so taken in by my performance that they quipped that you should have laid two three more hard ones. Such appreciation goes a long way to push yourself even more.”

Here Meghna, whose last TV show was Laado 2, does admit that since her film does not boast big names, it might not get good enough prints or shows when it releases next week. “But this always happens. No wonder, makers prefer to cast bigger names so that they make the most of the all-important first week.”

“Having said that, today things are changing and smaller films are also finding their feet. And one day, even I will become big enough to carry a film on my shoulders” (smiles).

Talking about Bidita, she says, “We have great tuning, which luckily has continued even after shoot. Normally most actors don’t connect once shoot wraps up.”

“Interestingly, we did not even know each other before shoot and only came in contact when our joint scenes were being canned. We really helped each other during rehearsals and shoots.”

Besides this film, Meghna ji has a few other web series and films in the pipeline. “I have already finished shooting for 3 digital products and will shoot for more.”

“The best part of web is that they being start to finish projects, you end up doing more work. Also, web allows women actors to play different kinds of characters, unlike TV, where if you are above 30, you will only be offered mother characters.”

“The biggest problem with TV is that the breakneck speed does affect output (making it look silly). Having said that, I might return to TV very soon with something off the cuff.” 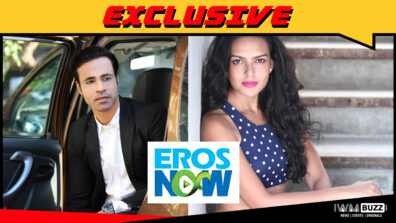 My play Mahabharat sees the battle of Hastinapur through the prism of Duryodhan and Karn: Puneet Issar 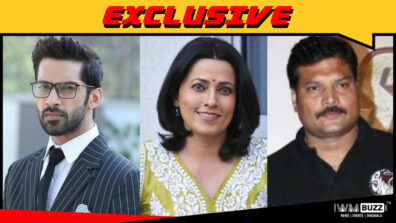