We all shall miss Nishikant Kamat 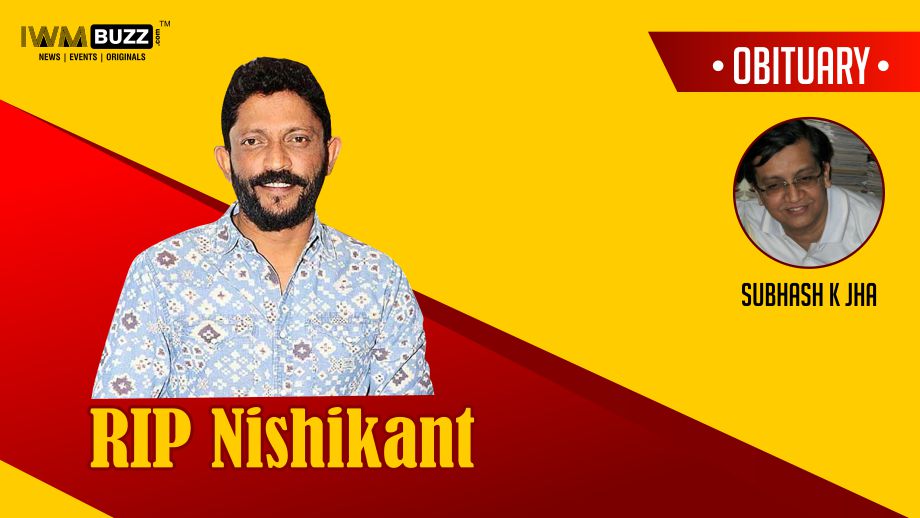 I had known Nishikant Kamat for 15 years. Always polite, always softspoken, respectful and shy of the media except me who he said he respected too much to avoid. Nishikant had a habit of disappearing for long periods. He said he was constantly traveling into the interiors of the country. I had no idea about his struggle with alcoholism which finally took his life.

I first got to know Nishikant when he made that exceptional Marathi film Dombivali West which was quickly remade into Tamil as Evano Oruvan, with my dear friend Madhavan in the lead.

Nishikant quickly became a successful director in Bollywood. But he hardly had any friends in the Mumbai film industry except John Abraham with whom he did the successful Force and Rocky Handsome. But my favourite Kamat film will remain Mumbai Meri Jaan . It traces the trauma after the train blasts on July 11, 2006.

In an interview to me he said cinema must reflect the reality of the times. “We’re going through very troubled times. Cinema is meant to reflect contemporary reality. All these films on terrorism coming together is just a bizarre, not a bazaar coincidence. My idea behind making Mumbai Meri Jaan is to show how people survive a personal tragedy. I was more interested in the characters than the tragedy of the train blasts. I’m sure a lot of people went through the same emotions after the blasts. I haven’t experienced any of the things shown in my film. But I’m sure they’ve happened to people. I lived with my characters for two years. They drained me emotionally. Any act of extremism over a city causes the anthill effect. A stone hits the anthill, the ants are traumatised. But they immediately get to rebuilding it. We’re truly tolerant. After each attack people feel helpless. But Mumbaikars do have the inner strength to bounce back.”

Sadly Nishikant got bogged down doing remakes, like the Ajay Devgan starrer Driysham which I don’t see as Nishikant’s best. He was far more effective while directing original films like the Riteish Deshmukh Marathi starrer Laai Bhari in 2014 and the 2017 Irrrfan vigilante drama Madaari.

We used to discuss why Nishikant needed to do so many remakes when his original films were his best, and he promised he would make more original film in the future.

Not many know this. But Nishikant was a terrific actor. See him as a bipolar college professor in Prawaal Raman’s 404 Error Not Found. Prawaal confessed he would not have made the film if Nishikant had not agreed to play the pivotal part. Nishikant didn’t enjoy facing the camera. But he was stellar as a villain in Vikramaditya Motwane’ Bhavesh Joshi.

“How can a man so gentle play someone so brutal?” I asked.

“Even I don’t how, Sir. There must be some unexplored evil inside me,” he laughed.

Sorry, I only saw a decent kind gentle person who didn’t quite get his due.