With due respects, Dhanoa and Malhotra came up with more enjoyable potboilers in their worst moments. Khaali Peeli is our worst nightmare version of a 1980s’ potboiler with two child actors rolling their eyes and making faces until they grow up.

And what do you know! They are still rolling their eyes and making faces. Ishan Khatter and Ananya Pandey share as much chemistry as two volunteers at an earthquake sight from Syria and Spain. Their Bambaiyya sounds as authentic as Zeenat Aman’s Awadhi in Satyam Shivam Sunderam.

In defence of Ananya Pandey’s extremely annoying performance, all we can say is, given the writing and the eeew-man resources even Meryl Streep couldn’t have done better, though I’m sure Meryl’s Bambaiyya accent would have been more authentic.

An authentic accent is the least of the problems in Khaali Peeli. Absurdities abound from the start when Ishaan Khatter emerges from central jail in a brand new baniyan(vest) with the background music hammering our heads with the beats of a streetside bravado.

Very soon Blackie(yes that’s our hero’s name) is seen racing away with Pooja in a black-and-yellow taxis which has seen better days.

So has the Commercial Potboiler. Caught between a wink and sneer the mood of the narrative is as vague and distant as the plot’s allegiance to films like Nasir Hussain’s Caravan about a runaway heroine and her saviour. Nothing really works in this film. Not the formula and certainly not the wink at the formula.

Then we have Swanand Kirkire staring at a 9-year old girl with lustful intentions. Paedophilia in a potboiler must be someone’s idea of entertainment. It takes all sorts. Don’t waste time watching this vada pao gone stale. Watch Arnab Goswami’s show if you dig crime and theatrics. 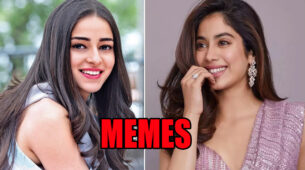 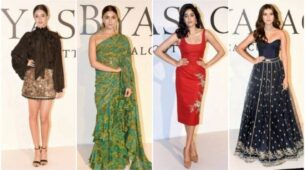