Review of Korean film Parasite: Does it deserve all the acclaim? | IWMBuzz
Subscribe Now
Movies | Editorial 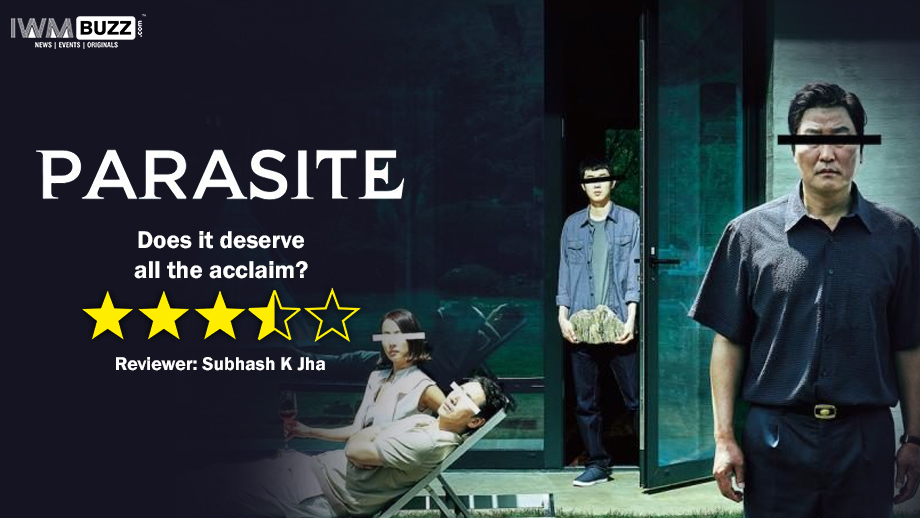 With a wealth of Oscar nominations and other prominent awards, normally denied to third-world films in the West, to its credit, Korean director Bong Joon-Ho’s remarkable film comes to India with no doubts about its calibre.

Indeed Parasite is unlike anything we’ve seen from Korean-Chinese filmmakers. It is a masterclass in portraying class differences, with the ‘upstairs-downstairs’ notion from Downton Abbey carried to ludicrous heights of dark satire by a script that knows the socio-economic divide of Korea’s sharply-segregated population inside-out.

Director Bong Joon-Ho plunges us into a kind of class war where the artillery is so intangible we often feel we are looking at a conflict where the casualties are not quantifiable. The director’s main weapon attacking an unreasonably askew class system is satire. He peels through the pretences, only to find more of the same. He doesn’t judge the hypocrisy. But mourns for it.

The easy-breezy manner in which the father, mother, sister and brother of the Kim family make themselves at home in the Park family is not credible, let alone convincing. The plot’s efficacy is reliant on the quotient of naivete that the rich Park family shows. While the father of the house is fidgety and guilt-ridden, the mother is a wide-eyed clueless, breathless specimen of an over-privileged community.

It’s is easy to see them entrapped by the gold-digging family from downtown and soon the Kim family is seen wallowing in the wealth and luxury of the adopted home.

This is where Bong Joon Ho chooses to darken the narrative to a pitch-black shade. Ensconced in the basement of the Park mansion is a bankrupt old man, the husband of the wealthy family’s housekeeper, who has gone underground to escape creditors.

Parasite is eventually an aggravated parable on the unequal distribution of wealth and how those found on the wrong side of the poverty line will find ways, often incredibly violent, to usurp the over-privileged. While this disturbing idea as a cinematic theme is rendered wonderfully workable, I was not fully convinced by how easily the wealthy Park family got taken in. Or how little effort it took for the entire underprivileged Kim family to insinuate itself into the wealthy home.

Much like this unexpected third-world Korean drama insinuating itself into the mainstream of the posh Oscars.