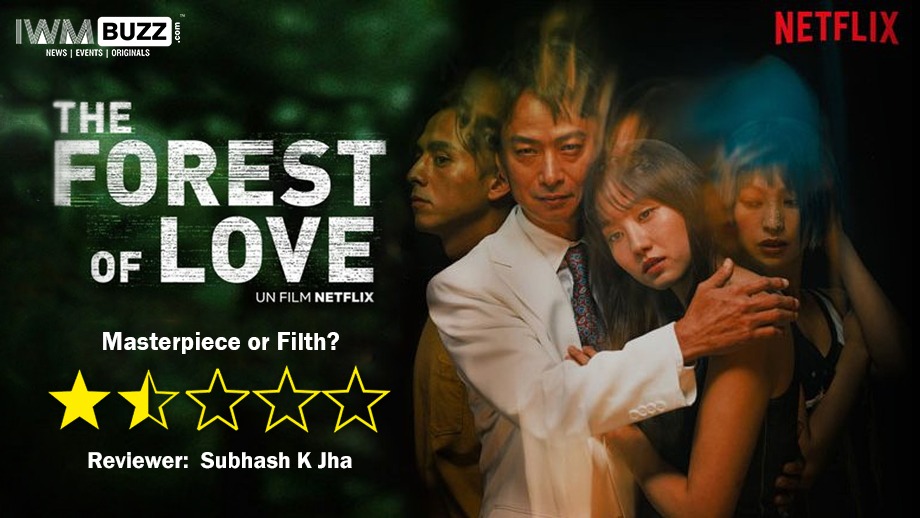 The Forest of Love (Japanese, Netflix)

For the want of a better way to describe this repugnant revolting piece of hedonistic art, I’d say The Forest of Love is a monstrous epic. Those familiar with the director’s deranged filthy overview of suburban life the inexcusable excesses of The Forest of Love comes as no shock. For the uninitiated this film is enough to put you off Japanese cinema for at least five years. Not to mention the serial-killer genre for a lifetime.

The Forest of Love is a demented savage story of a suave and swarmy (yes, characters in a Sion Sono film can be both simultaneously) serial killer Joe Murata (Kippei Shina) who charms his way into a well-to-do respectful Japanese household where the patriarch is so obsessed with propriety that he urges the speeding ambulance to silence its siren as it arrives home after his daughter tries suicide.

Into this repressed home comes Murata seducing and fornicating his way through every woman in the household from the mother to the youngest daughter. Murata’s main focus of savage seduction is the elder daughter Mutsuko (Kamataki Eri) who will later collides with the psychotic seducer and his chief accomplice, a film buff named Shin (Mitsushima Shinnosuke) who plays the role of a brutal catalyst in this dreadful drama of unbearable violence and savagery.

This film is certainly not for the weak-hearted. As the mood gets progressively brutish and morbid we have scenes showing murdered people being ritualistically cut up, and put through the blender. So high is the level of depravity celebrated in the film that it left me with serious apprehensions about the mental faculties of the filmmaker.

No normal right-thinking artiste can think up, let alone execute the stomach-churning violence. It’s not only about what one one human being can do to others. It is also about cinematic licence. In fact a character comments on the freedom cinema offers to get away with anything. How far has that freedom been abused by Sion Sono? I leave that for viewers to decide.

To each his or her own threshold of tolerance. As for me, I am normally very patient with every kind of behaviour, no matter how aberrant, shown in cinema. After all it isn’t up to the audience to decide how the characters should behave. But this time, I feel the director known to wallow in sado-masochism, has gone too far.

While the level of savage toxicity in this lengthy film is exceedingly high, the coherence level is abysmally low. There is a whole large segment in the first hour before the gore-fest begins where Mutsuko, in a flashback, is seen preparing for a same-sex version of Romeo & Juliet in school with her giggly hyper-ventilating friends. Just how this segment connects with the story of a con-man/serial killer who charms his way into women’s lives and then abuses the hell out of them, is beyond me.

So is this great art or simply self-indulgent filth? I was sickened by the violence. Great art doesn’t do that.