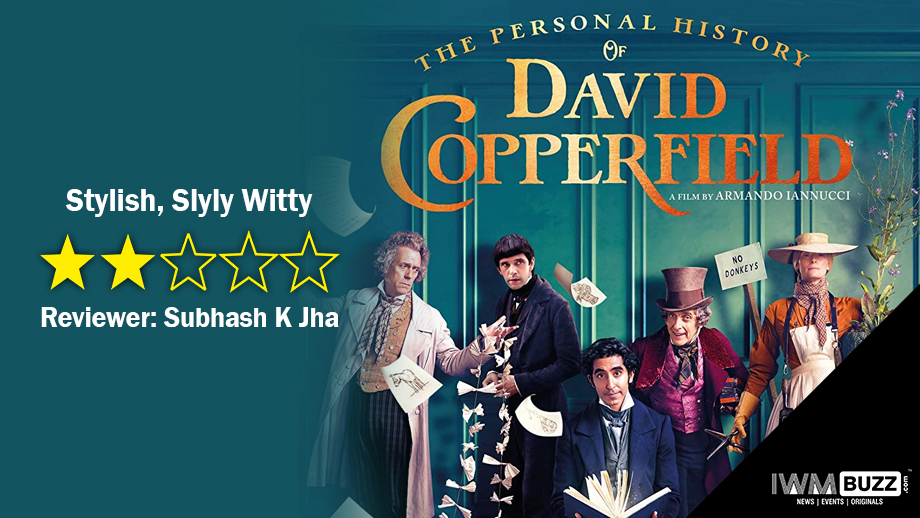 The Personal History Of David Copperfield

Don’t get me wrong. I love the idea of colour blindness that has swept across American cinema. Cultural inclusiveness is a great concept to bring the world together as one.

But there are limits to how much we can pretend that colour doesn’t matter. It does! Which is why there is so much inequality everywhere.

In this stylish, slyly witty but finally way too slight and colour-blissed to be taken seriously, the titular role of Charles Dicken’s young hero is played a brown actor Dev Patel who is as convincing as Copperfield as he was when he played a Sikh in the 26/11 drama Mumbai Hotel. Patel’s Copperfield looks like an Asian masquerading as Charles Dickens’ English hero born to a privileged mother (Morfydd Clark, who later in the film show up with incestuous bizarreness as David Copperfield’s love interest).

There is no explanation at all as to why David’s mother is unmistakably Caucasian while the son looks as brown as the toast she enjoys at her breakfast every morning. Much later David has a Caucasian friend James who’s played by Aneurin Barnard and his mother is a Black woman played by Nikki Amuka-Bird!

James’s mother has an important role in the impressionable David’ life. When they are together I could only see the film’s producers trying to please as many communities and countries as possible. This is Gone With The Wind with blizzards blowing away physical credibility.

It was very hard for me to concentrate on the characters’ function in the sprawling Victorian coming-of-age saga when the director was way too taken up with converting Charles Dickens’ epic novel into a cauldron of cultural cosmopolitanism. Let’s look beyond colour and race by all means. But not at the cost of a film’s credibility!

This version of David Copperfield displays a distinctive atmospheric flavour, but little else. The characters are stifled by their cinematic creator’s insouciance, creative aggression that takes Dickens’ book by the horns if you know what I mean. The film is crisp in tone and cockily non-literary on flavour. Though the novel is here blissfully dismantled, the essence of the original and much of the story and characters remain.

There is a fine supporting cast of British/English actors bustling around in their eye-catching costumes trying to look as eccentrically Victorian as wine forgotten in a sailor’s cellar.

Yes. Dickens’ novel has travelled far and wide. It has now reached a place where the author would find it hard to recognize his hero. Dev Patel’s David Copperfield is a very enthusiastic performance. It is also very brown.

What next? A revisionist version of Gone With The Wind with a White Mammy?