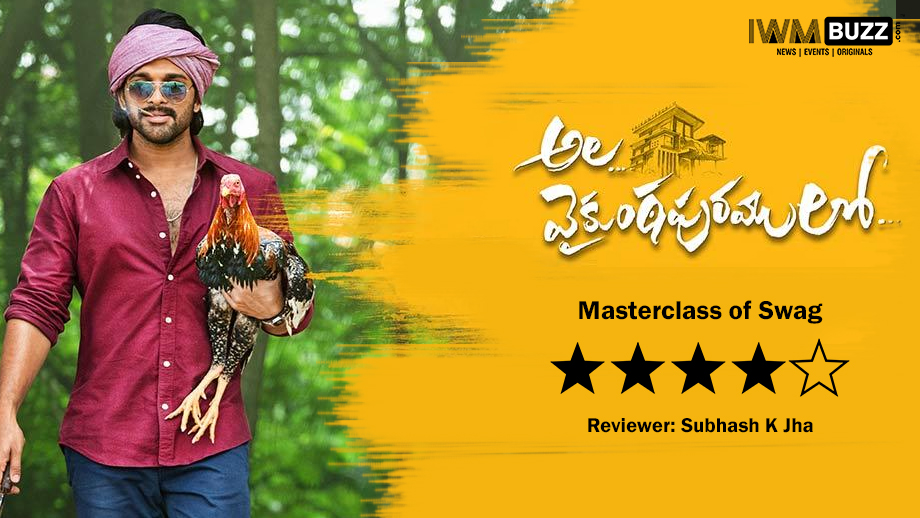 When it comes to South Indian screen icons, their larger-than-life image far supercedes the calibre, heft and tenability of the parent product. Allu Arjun is no exception. In his latest swag-suffused sojourn, he puts up a one-man show while all the other actors (including the great Tabu) are reduced to peripheral attractions.

As far as star vehicles go, Ala Vaikunthapurramuloo is a masterclass of cine-seduction, with Allu Arvind presiding over the old-fashioned but engaging plot, without overwhelming the proceedings. There are episodes in the hero’s exhibitionism (almost like one super-enticing item song after another), when Arjun unleashes a kind of tantalizing crowdpleasing tamasha that takes his inherently persuasive screen presence to dazzling heights of virtuosity.

Playing the do-gooder with a heart of gold who can, without any warning, turn into a fire-spewing dragon, Allu Arjun has many occasions to show the audience who the real boss is. But the one I liked the best, and the one that must have been almost impossible to pull off by any actor except Allu Arjun, is the sequence in a boardroom corporate conference, where Allu’s Bantu makes his point to the gawking executives (one of whom even joins the Superstar in his swag spree) by singing popular old Telugu film songs. By the time Allu Arjun comes to “Abbanee Teeyani” from Jagadeka Veerudu Athiloka Sundari, he makes it clear to us that he’s a Chiranjeevi fan.

He is also not beyond leering at his girlfriend Pooja Hegde’s legs, as though they were food on his table. Ms Hedge doesn’t mind the gawking, so why should we?

Luckily for Allu Arjun, the screenplay provides him with ample opportunity to play the traditional do-gooder with an aplomb that’s entirely his own. No Telugu actor in recent times has been seen doing the crowdwooing thing so effectively. The weatherworn plot about long-lost children being exchanged at birth could have been killingly hackneyed. Arjun and the supporting cast, specially Jayaram and Tabu (as a long-married couple with complex issues that warrants a separate film of their own) and Sachin Khedekar (as Tabu’s privileged father with a mischievous glint in his eye) ensure new life is breathed into a weatherworn tale.

The film has outstanding dialogues that salute old-fashioned sentiments, and that includes movies and actors of yore, without bending over backwards to be cutely reverent. At one point, when Khedekar employs Allu Arjun to work for his company, someone wonders in what capacity Arjun is being hired.

“Until we figure that out, he can ogle at girls on the internet,” the old man winks.

One of the many songs and dances (I didn’t mind the frequent song breaks, as the choreography is constantly fresh) makes a reference to the loved one being “silent like the audience at a multiplex.”

I also liked the restrained performance by Sushanth as the son who grows up in the wrong family. His character is not demonized for dramatic effect.
The storytelling energizes itself with surprising bouts of innovation in a familiar known climate. For example, when Bantu discovers who his real father is, he wastes no time in hitting back at his adoptive father for his enduring meanness. But the violence is never nasty or ugly. There is a warmth to the flow of blood as well as the tears.

While some of the screenplay (specially in an extended hospital sequence) gets excessively worked up, the overall feeling of watching Ala Vaikunthapurramuloo is that of warm large-hearted cinema that wants to win you over without getting anxious about it.

Have You Had A Look At Sexy Pooja Hegde's Hottest Pink One Piece: See Here 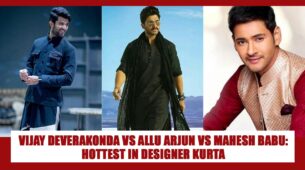 Why is Pooja Hegde so hot and sexy? Pooja Hegde: The Dusky Skin Diva Of The Industry 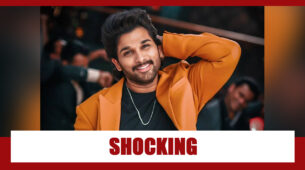 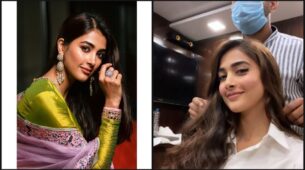 I don't think language is a barrier in acting - Pooja Hegde 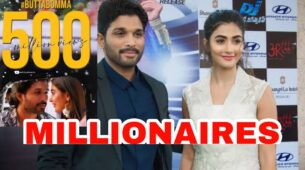