Details of Akshay Kumar next movie Just how many films is Akshay Kumar going to do every year? He has just completed and released Laxmii . Sooryavanshi is ready for release. Now comes the announcement on Diwali day of Ram Setu, a dramedy based on the theory of unity and brotherhood, to be directed by Abhishek Sharma.

Interestingly both Akshay Kumar and Abhishek Sharma had releases this Diwali. While Akshay’s Laxmii opened to mixed responses, Sharma’s Suraj Pe Mangal Bhari is the first Hindi film to open in theatres after the Covid19 lockdown.

Sharma has directed a number of middling comedies including Tere Bin Laden and Shaukeens. He hit bigtime with the John Abraham political bio-pic Parmanu . While not much is known about Sharma’s collaboration with Akshay Kumar, sources say Ram Setu will speak of the urgent need for unity and brotherhood in the fragmented and fractured global scenario.

Ram Setu boasts of Dr Chandraprakash Diwedi as a creative contributor. Diwedi is currently directing Akshay in his next project the historical Prithviraj Chauhan. With experience and age I have learnt to distance myself from my characters: Manoj Bajpai 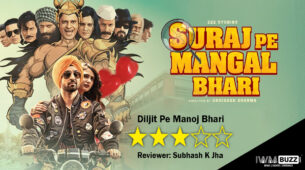