This was when N Chandra’s soon-to-release-blockbuster was being shot.When Anil Kapoor saw how Saroj Khan’s choreography and Madhuri Dixit’s dancing had turned out in the number Ek do teen, he decided to so something about it or the film threatened to slip completely out of his hands.

This is where the male version of Ek do teen came in.

Says a source very close to the project, “Yeh gaaana toh tandem(two versions) ttha hi nahin. It was never meant to be in two versions. It was written and composed(by Laxmikant-Pyarelal) only for Madhuri Dixit. But when Anil saw the rushes he knew that song and dance was going to be the USP of Tezaab. So he persuaded his friend director N Chandra to record and shoot a male version of Ek do teen on him.”

That’s how singer Amit Kumar’s Ek do teen came into the picture. The song was shot on the streets of Mumbai in Bandra quite close to where Shah Rukh Khan’s resident Mannat is.

But the streetwise tapori version of Ek do teen chaar had no impact on the audience or in the music charts. Audiences went to see Tezaab for Madhuri Dixit dancing to Ek do teen and it was Alka Yagnik’s version that stormed the charts. Anil thought he had done maths well in Ek do teen. But his calculations failed. 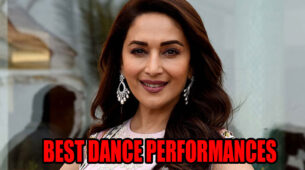