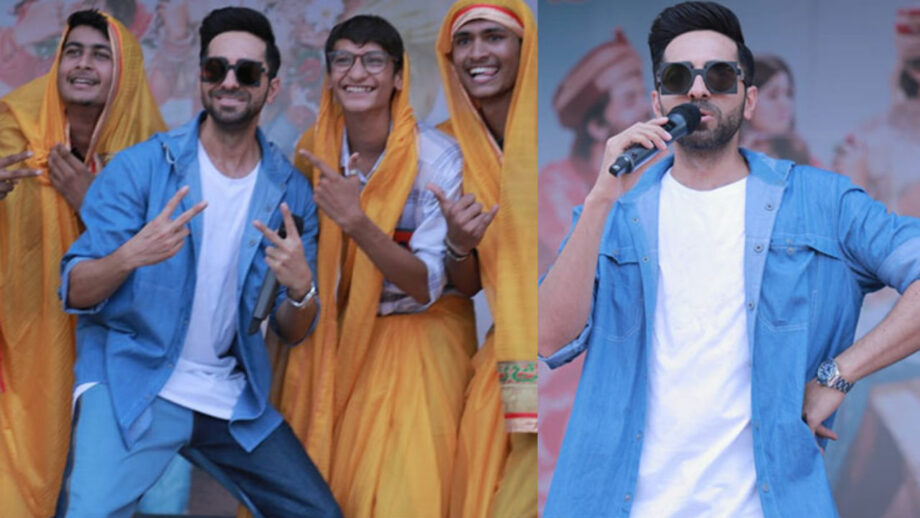 Ayushmann Khurrana is currently in the limelight for all the right reasons since last year. After delivering back to back hits with ‘Andhadhun’ and ‘Badhaai Ho’ last year, he is now gearing up for ‘Dream Girl’, the trailer of which was appreciated for his quirky role. He also won the prestigious National Award for his unbelievable performance in ‘Andhadhun’. The actor had been invited to be a part of the Dahi Handi festival in the city of Baroda, Gujarat, just ahead of the festival of Janmashtami. The super-talented actor graced one of the biggest Dahi Handi festival celebrations in the country and made his fans extremely happy.

The pictures from the festival see an ecstatic Ayushmann Khurrana on the stage amongst a humongous crowd who cheered for the actor while he hit a piñata with a bat, symbolizing the essence of Dahi Handi. The pictures have also captured Ayushmann posing with his fans, who came dressed in a yellow cotton saree, imitating Ayushmann from his upcoming role of Pooja aka the Dream Girl!

Gujarat is the state which is known for best celebrating the festival in full splendor and as Janmashtami inches closer, the actor visited Baroda where he met and interacted with tens and thousands of his fans, who were majorly groups of college students and youngsters who had come to compete in the Dahi Handi festival.

The song ‘Radhe Radhe’ from Dream Girl celebrates the spirit of Janmashtami, and was played throughout the festival. It’s a colorful and peppy number, which although is being played across the nation to promote the festival of Janmashtami, can also be played otherwise! 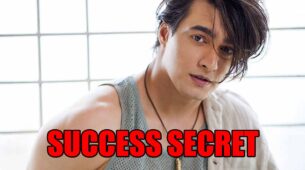 Mohsin Khan and his secret to success 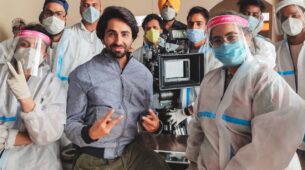