Bhool Bhulaiya 2 shoot has been postponed to next year. Read details. Although shooting has resumed sporadically in Bollywood not too many film crews are willing to venture out during these times of Coronavirus.

We understand from very reliable sources that apart from Akshay Kumar no A-lister is willing to shoot until a vaccine arrives. The unit of Anees Bazmi’s Bhool Bhulaiya 2 was gearing up to resume shooting in Lucknow from where they had left off in March. But with the leading man Kartik Aryan shooting down the shooting, director Anees Bazmi has no option but to backtrack with his plans.

Says a source, “Very few topnotch actors are willing to step out during the virus. Kartik is not one of them.”

Also read: Bhool Bhulaiya 2 will be a film with different characters: Anees Bazmi 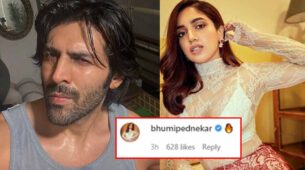