As per reports in India Today, Javed Akhtar has filed a complaint against Kangana Ranaut for making defamatory statements against him in various news channels.

The complaint has been filed before the Metropolitan Magistrate at Andheri, Mumbai.

The veteran lyricist has reportedly claimed that his named was brought unnecessarily by Kangana Ranaut in the Sushant Singh Rajput case.

Also Read: Soorma Bhopali could not have been played by anybody other than Jagdeep: Javed Akhtar 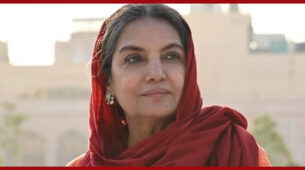 Shabana Azmi On Doing Horror For The First Time