Birthday boy Salman Khan is making sure that his fans do not break Covid rules by aggregating in front of his home Galaxy Apartments in Bandra(Mumbai). A notice to the effect has been pasted on his home-front.

The notice requests his fans to not crowd his apartment on his birthday tomorrow 27th.

I had in fact written about this two weeks ago when one of Salman’s close friends spoke of Khan’s concerns over fans herding together for his birthday.

“Salman is deeply concerned that his fans will break Covid rules to wish him on his birthday.He is hoping his request to stay way this year, would work,” the friend reiterates and also adds that Salman may not stay at his home in Galaxy apartment at all to avoid fan jams.

“He may move into a hotel tomorrow, or go into hiding at his sister’s place. But no party,” says the friend. 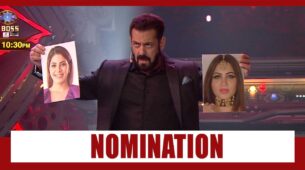