What was at first only being whispered is now confirmed after the trailer of Prakash Jha’s Aashram came out on Monday.

Bobby Deol plays the disgraced rape-convicted Gurmeet Ram Rahim Singh. At first I thought Bobby played that other jailed fraud godman Asaram Bapu. Then the skeletons started tumbling out of the trailer and it was pretty clear for all to see whom Deol was playing.

The trailer of Aashram evokes a kind of buzz and bustle that indicates the hysteria that such godmen are able to generate among their followers. In the recent Malayalam film Trance we see the amazing Fahad Fasil playing a fake godman holding thousands in a thrall.

Bobby, I am afraid, just doesn’t have that kind of an imposing magnetic personality that makes a scumbag look like a godman on a public podium.

I looked for Nawazuddin Siddiqui’s foxy spirit in the main character in Aashram. Bobby’s presence in something of this nature is strange. But if John Abraham could pull off the dhoti-class social reformist in Deepa Mehta’s Water, anyone can play anything.

Let’s see what Bobby has done to the godman’s character. OMG: John Abraham injured on the sets of Satyameva Jayate 2, rushed to hospital Varun Dhawan, Salman Khan Or John Abraham: Whose Hot Body Do Fans Love the Most? 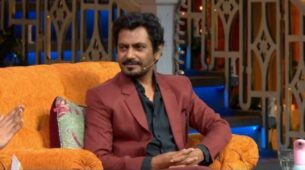 Nawazuddin, the versatile actor, recalls his stellar performances as 2020 wraps up