Deepika Padukone is back in Mumbai The shooting of Karan Johar’s production directed by Shakun Batra came to a grinding halt in Goa on Thursday.

The film’s heroine Deepika Padukone flew back to Mumbai from Goa in a chartered flight with her husband Ranveer Singh to be in time in the city for her questioning by the Narcotics Control Bureau on Friday.

The shooting of Batra’s film remains suspended until further notice.

Says a source from Goa, “Producer Karan Johar is also in Goa with his Mom and his twin children. They at first decided to continue shooting without Deepika, with Siddhant Chaturvedi. But this seemed impossible, as Deepika is in almost every frame of the schedule.”

At the moment it isn’t clear when the shooting in Goa would resume. Karan Johar and family have no plans of returning anytime in the near future. As for Siddhanth Chaturvedi, we are sure he will find many exciting things to do in Goa while he waits for his leading lady to return. 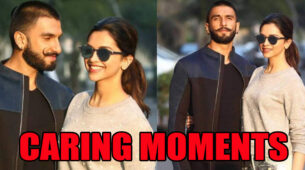