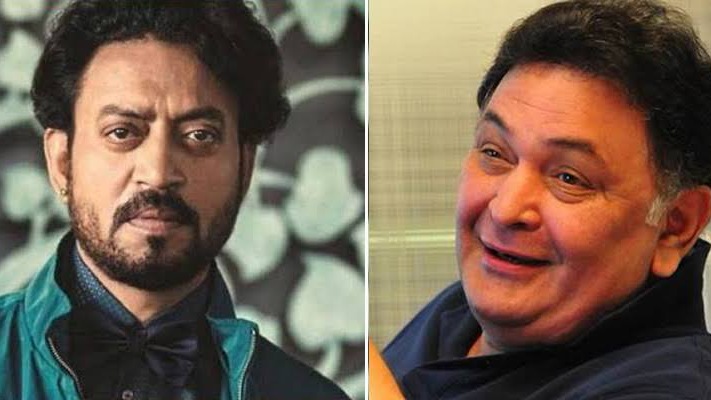 Was T S Eliot forecasting the death of Irrfan and Rishi Kapoor when he described April as the cruelest month? In April last year we lost two of Indian cinema’s finest actors within 24 hours. First went Irrfan on April 29 and then Rishi a day later. They are as intensely loved in death as they were during their lifetime, in fact more so,at least with Irrfan who had a good , though not great film, Angrezi Medium, as his last release.

Rishi Kapoor’s last films were abysmally bad. Some enterprising producer was planning to release some nondescript incomplete film of his after his death. Better sense prevailed. Or was it that Mr DGP(desperate gold-digging producer) couldn’t find buyers for his perverse posthumous plans?

There should be laws against producers who dig up old forgotten unfinished films of actors and release them. It happens to living actors as well. Akshay Kumar and Sridevi had to deal with the ignominy of their incomplete film Biwi Ho To Aisi which the producers released without the lead pair’s consent and without shooting the climax. Priyanka Chopra had to deal with producer K C Bokadia releasing Deewana Main Deewana seven years after it was completed.

Telugu star-actor Vijay Deverakonda had his nemesis in Ye Mantram Versave .Vijay had signed this film long before his star-making vehicle Arjun Reddy. They were shooting for it in 2013 when Vijay was struggling for a foothold. Halfway through the film he realized it was ripoff of David Fincher’s 1997 blockbuster The Game. Vijay was shocked. But he continued shooting.

After the film was completed the producers and distributors did not find the project commercially viable since Vijay was not a known name. He pleaded with them to release the film. But they chose to turn a deaf ear. After Arjun Reddy made Vijay a superstar the producers woke up to Vijay’s newly-acquired boxoffice status. Hence the hurried release of Ye Mantram Versave.

Luckily for Irrfan his posthumous release Anup Singh’s Song Of The Scorpions is a gem . If only other dead actors were that lucky.