FIR has been filed against director Anurag Kashyap Some time back, we had heard the news of actress Payal Ghosh allegedly claiming that Anurag Kashyap had sexually harassed and molested her.

Ever since then, the Me Too Movement in India gained a fresh wave.

And now, days after the controversy, reports in Hindustan Times suggest that an FIR has been filed against director Anurag Kashyap after Payal Ghosh accused him of sexual misconduct during 2013.

Reports suggest that the First Information Report was registered at Versova Police Station after Payal and her lawyer Nitin Satpute approached the police.

Also Read: “I feel really angry at being dragged into this mess”- Huma Qureshi breaks her silence on Anurag Kashyap sexual harrasment case 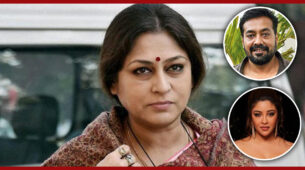