The first poster of Ranveer Singh's 83 is out. Read the story for more details Ranveer Singh is definitely on a roll, and how! Back to back blockbusters have ensured that Ranveer develops his own niche at the box office and he remains absolutely unchallenged in his genre. His upcoming film 83, which is being touted as the biggest sports film of all time, has finally revealed its logo. The actor Ranveer Singh, who is essaying the character of Captain Kapil Dev in the film, took to his Instagram and shared the much-anticipated logo on social media –

The film 83 traces the iconic win of the Indian cricket team in the 1983 World Cup finals against West Indies, as they made history and picked up the World Cup for the first time ever.

’83’ is being co-produced by Madhu Mantena, Sajid Nadiadwala and Reliance Entertainment. The movie is slated to hit screens on 10th April 2020 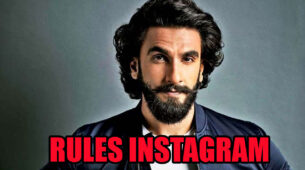