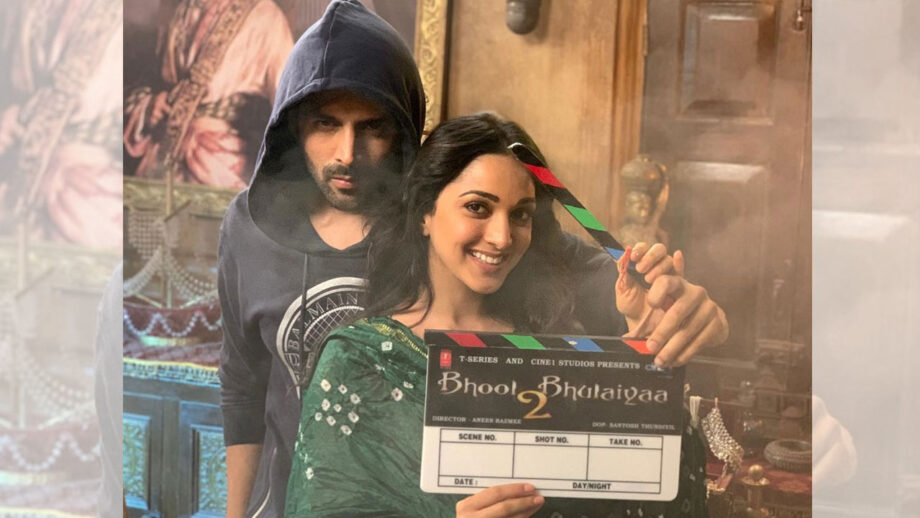 Well folks, let us inform you that your wait is finally over!

Shooting for Bhool Bhulaiya 2 has taken off in right earnest and the muhurat shot was canned on the ultimate auspicious occasion of Dusshera.

And guess what, we’ve got this news straight from the horse’s mouth. Kartik Aaryan, lead actor of the sequel, shared a post and a sizzling pic of the muhurat event on his Instagram account this morning. Seen along with him in the pic is the pretty Kiara Advani, female lead of the movie. Have a look at the pic and post.

The sequel stars popular actors Kartik Aaryan and Kiara Advani as leads, along with Paresh Rawal and Rajpal Yadav in pivotal roles. The movie is being produced by Anees Bazmee and Bhushan Kumar’s T-Series, while Anees Bazmee is the director.

IN PHOTOS: When Kiara Advani and Janhvi Kapoor rocked the 'summer pink style' in a Manish Malhotra gear