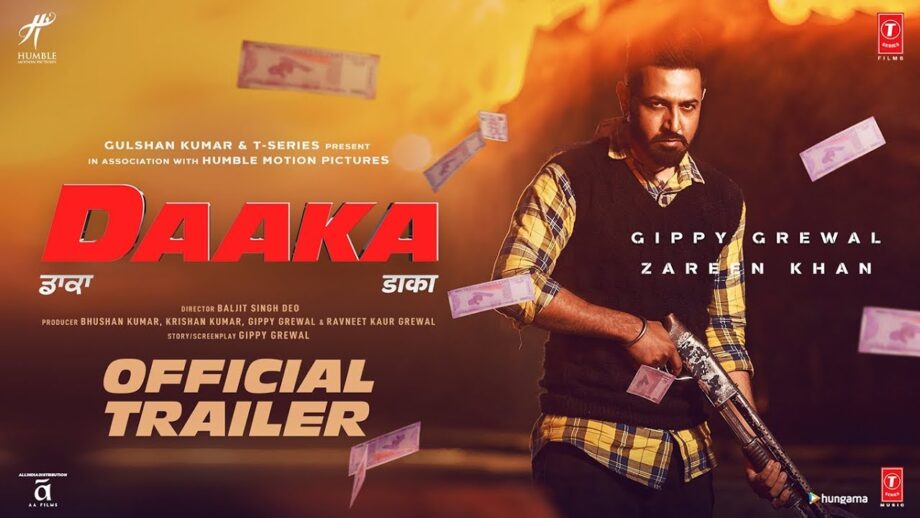 Around the end of last year, T Series head Bhushan Kumar and Gippy Grewal had joined hands to make their first Indian Punjabi film titled ‘Daaka’, and finally almost after a year, the movie is about to release. The trailer of the film has finally dropped in.

Bhushan Kumar and T Series are on a roll as they have been producing hit after hit under the T Series Films banner and this one too promises to be full of fun.

The trailer of Daaka looks promising and the movie looks like the perfect compilation of action, comedy, drama and entertainment. Check out the trailer now –

The movie stars Gippy Grewal and Zareen Khan in lead roles and the movie is set to release on November 1st 2019. For more such updates, stay tuned to IWMBuzz.com.