The Hansal Mehta and Vivek Agnihotri fight take to another level with Agnihotri lashing out at Mehta. 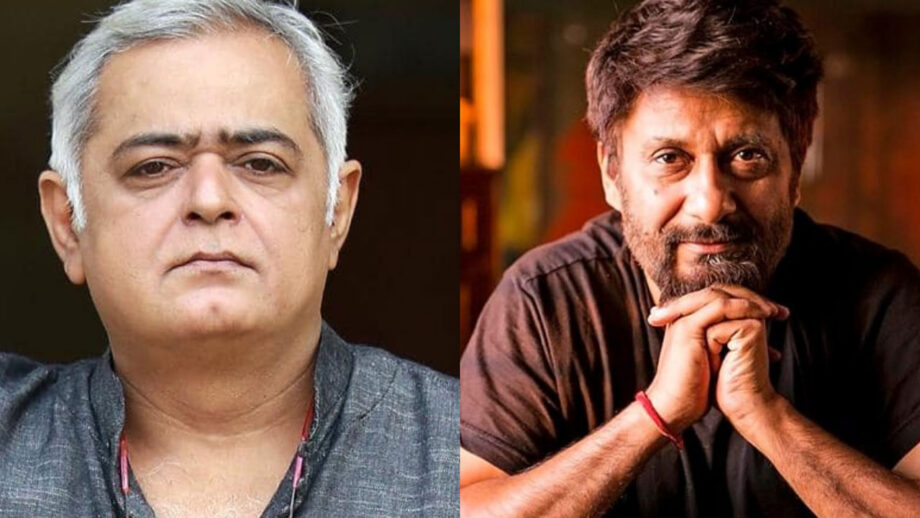 They are poles apart. Vivek Agnihotri is a diehard BJP supporter. Hence when last week he came out with a scathing attack on the political activities at Shaheen Bagh, calling it, “an Islamist conversion centre and a hideout for all kinds of criminals like pickpockets, mobile thieves, drug-peddlers”, Hansal Mehta, who is a known anti-establishment filmmaker came out with a scathing attack on Agnihotri calling him a hate-mongering coward.

Mehta replied to Agnihotri with stinging advice to convert to Islam which has the Twitter kingdom in a state of outrage. “Unfortunately twitter has become a haven for hate-mongering cowards like you. I sincerely hope you get converted to Islam and you get to understand what the religion really stands for. In fact, I wish you’d first understand Hinduism so that you do not continue tarnishing it.”

Talking exclusively to this writer Vivek Agnihotri says, “You know that I chose not to respond to Hansal? How do I respond to a fundamentalist? You know the whole problem with the Bollywood fraternity today is that they have no connection with reality. I am right now at an event where 40,000 people stood up and sang the National Anthem when the flag went up. There was not one person there who was against this. Now you tell me, who are these people who are against the Indian flag, the national anthem…anything that has to do with India? I do not belong to the Left-wing nor the Right-wing. I belong to the India wing. The Bollywood fraternity doesn’t like me because I do not subscribe to sycophancy or nepotism.”

What about Hansal Mehta’s scathing attack on Vivek’s hostility to the activities at Shaheen Bagh?

Replies Vivek, “Hansal and I have eaten a lot of meals together. But he has his own compulsions. He’s married to a Muslim woman. So he must show his solidarity with the community. I have resigned from Bollywood. I am an independent filmmaker. I give two hoots about these arrogant pseudo-liberals who only care about I, me and myself. Such low-quality people, I don’t care for. Hansal says I should convert to Islam. I would never convert to Islam or any other religion. I am proud to be a Hindu. Here ‘s another thing I’d never do. I’d never go to Sharad Pawar’s house and conspire with him to help the anti-India crowds that gather at Shaheen Bagh. You will never find people like Hansal supporting any Hindu cause as if Hinduism doesn’t exist. And if Hindus do exist for the Mehtas of the world, they (Hindus) are regressive and narrow-minded. These are the forces I am fighting, people who in the name of elitism, nepotism and entitlement are spreading the cause of jihad. I am going to fight them because I’ve met more than 1000 Kashmiri Pandits whose parents have been butchered, cut into pieces with saw machines. I’ve lived, eaten, cried with them. I know their pain. These urban elites do not understand their pain.”