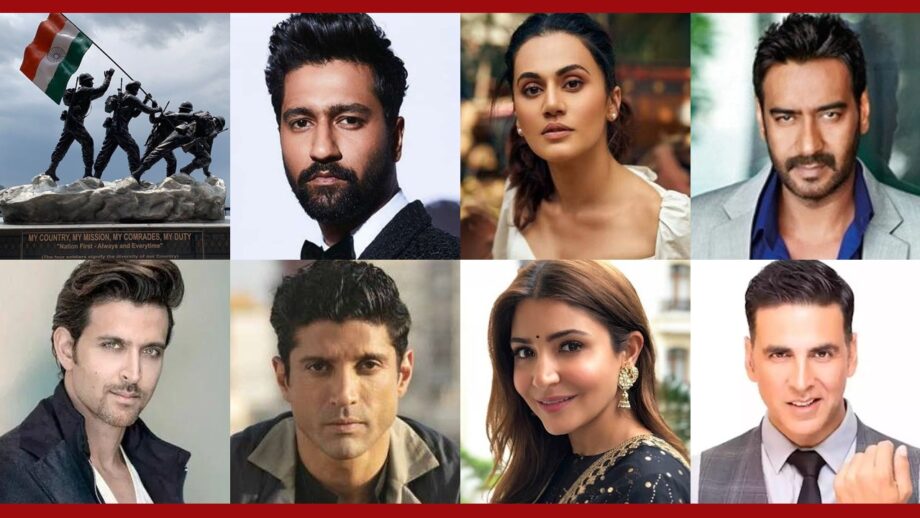 The country is already dealing with a difficult time. If Covid-19 alone was not enough, the death of many members from the entertainment fraternity one after the other has already made the environment around very depressing. And now, the Indian Army’s faceoff against China at the Ladakh border has made the situation even worse. It is to be noted that this is the first fatal clash between India and China ever since 1975 and the first clash has resulted in the tragic death of 20 jawans leaving many more injured and battling for life.

The news of 20 soldiers dying has left everyone depressed including Bollywood. Several celebrities, the likes of Akshay Kumar, Vicky Kaushal, Ajay Devgn, Taapsee Pannu, Hrithik Roshan, Farhan Akhtar, Anushka Sharma, and others took to social media to express their sorrow. Check out what they have to say below –

It leaves me with a heavy heart to know of the lives lost in Ladakh & the unrest we are faced with. Our defence stands tall on ground. My highest respect to the martyred in the line of duty. Condolences & prayers for their families. May the departed & living find peace 🙏🏻

Salute the martyrs for their courage and for the ultimate sacrifice in defending our borders. Deepest condolences to the families. #IndianArmy #Respect

I salute our bravehearts who fought courageously at the Galwan Valley and made the supreme sacrifice for the honour of our nation. My heartfelt condolences to their families. Jai Hind.

Salute every soldier who laid down his life protecting India’s border & honour. Jai Jawan, Jai Bharat 🙏RIP Brave Hearts 🙏🙏
My thoughts are with your families during this hour.#GalwanValley #IndianArmy

As if Corona was not enough to fight with now we have to lose our brave hearts as well! Every soldier martyred is a loss no one can compensate for. The families of those soldiers lost their peace for a long time to come so that we all can have a sound sleep. Indebted.

Also Read: RIP:10th standard student commits suicide after Sushant Singh Rajput’s death, says ‘If he can do it why can’t I…’