Honor Blackman, one of the most memorable co-stars of James Bond films, is no more Honor Blackman widely known for her roles of Cathy Gale in Avengers and Bond Girl Pussy Galore in Goldfinger passed away on Monday at the age of 94.

According to reports, she died of old-age and was surrounded by her family when she passed away. Honor Blackman was the oldest Bond girl when she starred in Goldfinger and is remembered for her terrific performance. Honor Blackman was a combination of beauty, brains and physical prowess. She is known for her distinct voice as well as strong work ethics.

She came to public notice as the feisty, black-clad female agent in 1960s TV show The Avengers. She learned judo for her role as Cathy Gale in Avengers and her martial arts skills helped land her the iconic role of Pussy Galore. Honor Blackman has given a great amount of contribution to some iconic films as well as theatre productions. Tributes poured in for this amazing actress all over the internet after the news of her demise was announced.

Honor Blackman was an extraordinary talent and her contribution as an actress will always be remembered. 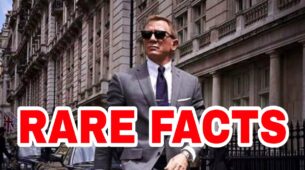 All you need to know about Daniel Craig