When John Abraham’s Satyameva Jayate hit screens last year, it was facing fierce and tough competition from Akshay Kumar’s Gold. Although critics said that Gold had a better chance of performing at the box office compared to Satyameva Jayate, in reality, it was the other way round. John Abraham and Manoj Bajpayee were truly wonderful and Nora Fatehi’s Dilbar made all the difference with respect to the glamour quotient. And now, after a year, John Abraham has announced that he will continue the spree of his hit venture Satyameva Jayate with Satyameva Jayate 2.

The announcement came as a surprise, yet a good one. The film will feature T Series leading lady, Divya Khosla Kumar in lead role alongside John.

For more such interesting updates, stay tuned to IWMBuzz.com. 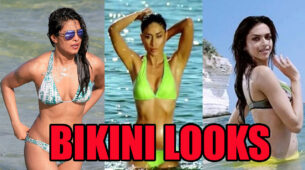