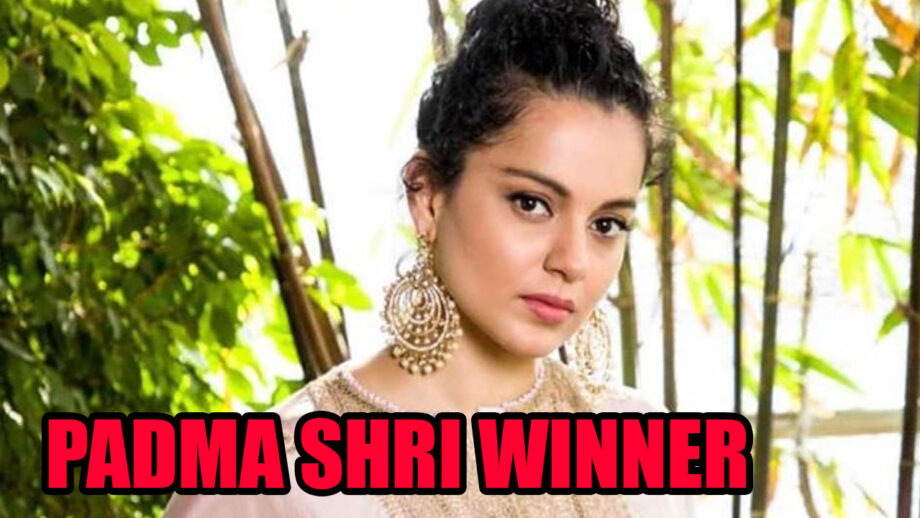 Actress Kangana Ranaut is one of the few actresses of tinsel town one who’s made an impact and made it big in the industry despite having her roots in the isolated mountains of the country.

A career that started pretty early at the age of 17 has eventually gone ahead to win some big achievements. Although her career wasn’t moving in the right direction around 2009 and 2010, her game-changer proved to be ‘Queen’ and with it, she proved to her critics that she’s here to stay.

From there on she continued her winning streak at the box office and as she’s riding high on the success of her latest Panga, she’s been given another reason to celebrate. Kangana has been bestowed the prestigious Padma Shri award today and her fans couldn’t feel happier.

Here’s congratulating Kangana on this stupendous feat and wishing her many more success. For more such updates, stay tuned to IWMBuzz.com.