Kangana Ranaut’s 6-day visit to Mumbai ended on Sunday. She returned to her hometown, but not before telling the media that her comparison of Mumbai with ‘POK’ was bang-on.

She is expected back in October when her next project Dhaakad is expected to go on the floors. Confirming the same producer Sohail Makhlai refutes rumours of shelving the film.

Says a source, “There are a lot of negative rumours regarding Kangana’s films being shelved. Her on-the-floors project Thalaivi (the Jayalalitha bio-pic) and the soon-to-be-filmed Dhaakad are very much on schedule.”

Another project that Kangana is looking forward to is her bio-pic being written by K Vijayendra Prasad of Baahubali fame.

Also Read: If You Remember These 4 Things, You’re The BIGGEST FAN Of Kangana Ranaut 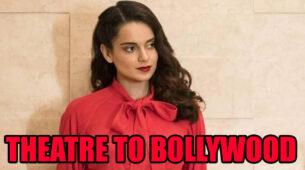