Karan Johar is so impressed with the debut performance of Alaya Furniturewalla in Jawaani Jaaneman, that he has offered her his next Student Of The Year franchise as the lead. Unlike other star-children, Alaya Furniturewalla did not bag a debut role in a Dharma Production or Yashraj Films. Instead, Alaya has made her maiden appearance in a relatively small (but sweet) romcom Jawaani Jaaneman produced by Jay Shewakramani, Deepshikha Deshmukh and Saif Ali Khan.

But Alaya has made a strong enough impact for Karan Johar to notice her. Johar has now offered the Jawaani Jaaneman debutante the lead in the next Student Of The year film.

To go back a bit, Student Of The Year in 2012 had launched the careers of three major stars Alia Bhatt, Sidharth Malhotra and Varun Dhawan. The sequel last year launched Tara Sutaria and Ananya Pandey, both of whom are stars in their own right.

Now it is Alaya’s turn.

A source close to the development informs, “Karan Johar saw Alaya in Jawaani Jaaneman and immediately sensed her potential. He wasted no time in offering her the third film in the Student Of The Year franchise.

It may be pointed here that Student Of The Year 2 did not succeed at the box-office.

“But that won’t deter Karan Johar from making the third film in the series launching new talent. And in the case of Alaya, re-launching talent.” 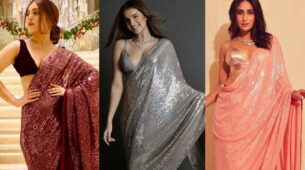 HOT and SEXY Moments Of Ananya Panday Because You Deserve It 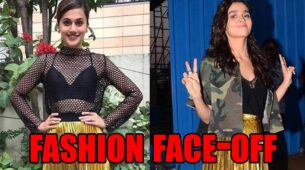 No more Koffee with Karan Johar?