Remembering the great beauty Madhubala and her greatness at work. Read it here. 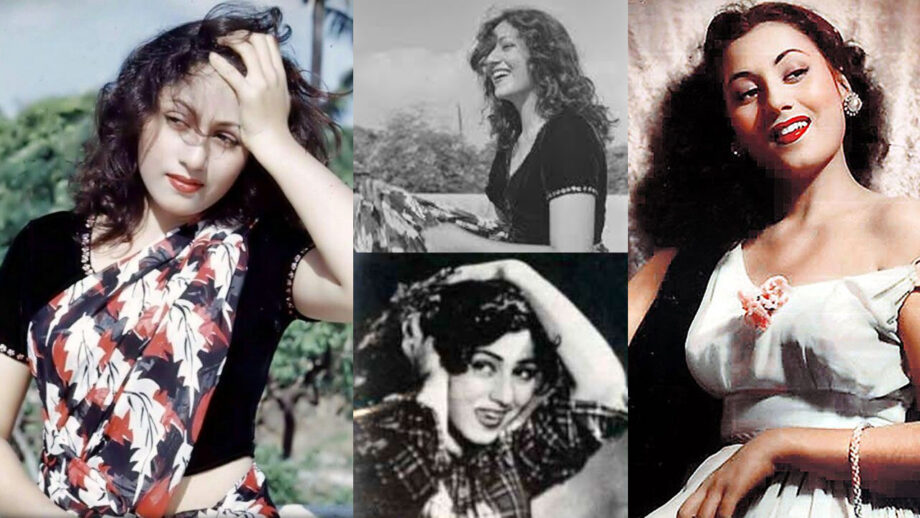 The collective gasp that went up in theatres as the Venus Of India Madhubala unveiled her magnetic beauty can still be heard all over the country.

The magic of Madhubala in Mughal-e-Azam is the magic of Hindi cinema. She epitomizes all the grace and feminine beauty that make those flickering images on screen come alive as a collective emblem of the life force.

And to think that she died so young. 36 is no age to die. Not for one of the most beautiful women God ever created….or maybe he needed to have her up there to beautify heaven.

Madhubala is as much synonymous with beauty as Lata Mangeshkar is the epitome for melody.

God knows, Madhubala turned Hindi cinema into an ambrosial paradise for as long as she remained alive. Short-lived as her stardom was, the reign at the top was swift and splendid.

Born in a conservative Muslim family Madhubala started her career in 1942 at the age of 9 in Basant. Her first hit as a grownup leading lady was Kidar Sharma’s Neel Kamal where both she and Raj Kapoor were introduced.

It was Kamal Amrohi’s Mahal in 1949 which gave Madhubala the image of an ethereal, unattainable, yet warm and gregarious beauty who could be diva and she-devil at the same time. Lata Mangeshkar’s haunting melody Ayega aanewala added immense allure to Madhubala’s screen persona. The actress and the singer remained associated throughout Madhubala’s life and career.

The Nightingale recalls meeting Venus socially. “She was always warm and friendly. Though everyone stressed on her breathtaking beauty Madhubala never took her looks seriously.”

Her looks were so overpowering that most people refused to perceive her as a brilliant actress with impeccable, poignant and comic timing. If she could do the timeless romance so accurately in Mehboob Khan’s Amar and K Asif’s Mughal-e-Azam, she was also the perfect comedienne in her films with Kishore Kumar, like Chalti Ka Naam Gaadi, Half Ticket and Jhumroo.

Some of these comedies were done at a time when Madhubala knew she was dying. She had been detected with a hole in the heart. The doctors gave her just a few years of life. She dragged on living, with no one but her husband Kishore Kumar to tend to her in her final days.

Before his death, Kishore Kumar remembered her screams of pain as she died little by little. The chiselled beauty who won not only Prince Salim’s heart but thousands of hearts in Mughal-e-Azam always had a problem with her heart. She had fallen in love with the Thespian Dilip Kumar. They were signed together for B.R.Chopra’s rustic romance Naya Daur. But when Madhubala refused to shoot outdoors due to her failing health, she was dragged to court where Dilip Kumar made a public declaration of his love for the beauteous damsel.

“I will love her until the SHE dies,” thereby pre-empting her inevitable end.

Why are the world’s most beautiful women doomed to destruction at a shockingly young? Whether it was Marilyn Monroe in Hollywood or Meena Kumari and Madhubala in Mumbai, they all perished before reaching the age of 40.

Madhubala has remained embedded in public memory as the timeless beauty who enthralled audiences in Mahal, Mr & Mrs 55, Howrah Bridge and of course Mughal-e-Azam where she had to wear heavy iron chains in spite of doctors warning her against such strain due to her heart condition.

Madhubala’s last released film was Jwala with Sunil Dutt in 1970. By then she was already gone. The legend, of course, lives on, as do stories of impish personality and incessant giggles from those who had the privilege of knowing her personally.

Yash Chopra had the opportunity to direct Madhubala for his brother B.R.Chopra’s film Naya Daur before she was replaced by Vyjanthimala. He can’t forget that brief interlude with her.

“She was there for a while…and then she was gone!” he says, putting his finger on Madhubala’s brief romance with fame and life.

Recalling her association with Madhubala, Lata Mangeshkar who sang Madhubala to immortal fame in the song Pyar kiya toh darna kya (Mughal-e-Azam) once told me, “She stipulated in her contracts that she wanted only me to do her playback singing. This was after the success of Aayega aanewala in Mahal, though I had sung for her earlier….During those days we’d meet socially quite often. That kind of camaraderie no longer exists. ..Madhubala mujhe bahut pyar se milti thi. After Mahal, I did notice a change in her. Me? I was too busy recording to notice changes in myself (laughs). But yes, 1949 was a decisive year for me. Every film I sang for was a superhit. There was no looking back after that…Later Madhubala fell ill. But she continued to work. In fact, she performed to some of my best songs in Mughal-e-Azam while she was terribly ill. I didn’t meet her as often as I met Nargis.” 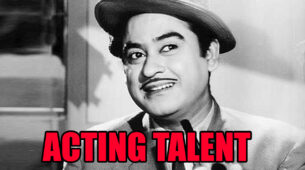