As per reports in Hindustan Times, filmmaker Mahesh Bhatt is considering to take legal action against Luviena Lodh, wife of his nephew Sumit Sabherwal after she put forward claims that Mahesh Bhatt has harassed her.

Not just that, she has also reportedly put forward a video where she has called Mahesh Bhatt a ‘don’.

Reports also suggest that she claimed Sumit allegedly supplies drugs to Bollywood people and she has filed for divorce. 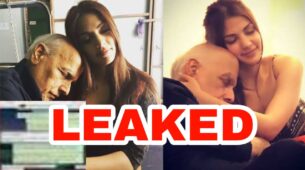